Vancouver Whitecaps FC is a Canadian professional soccer team based in Vancouver, British Columbia that competes in the Western Conference of Major League Soccer (MLS). The Whitecaps were the 17th team to enter Major League Soccer and replaced the USSF Division 2 team of the same name in the city. The club has been owned and managed by the same group since their USSF days, having graduated to MLS after the conclusion of the USSF's 2010 season. The MLS version of the team is a phoenix club, and the third to carry the legacy of the Whitecaps name. In the 2012 season, the team became the first Canadian team to qualify for the MLS Cup Playoffs.

History
Main article: History of Vancouver Whitecaps FC
An ownership group in Vancouver were granted the seventeenth Major League Soccer franchise on March 18, 2009 by MLS Commissioner Don Garber. While no name was provided at the Vancouver announcement, over a year later the club confirmed it would keep the Whitecaps name.

In preparation for its first MLS season, the Whitecaps brought in executive talent from around the world. On November 24, 2009, Paul Barber, former Tottenham Hotspur F.C. executive, was announced to join the club as CEO. Others joining him included former D.C. United head coach Tom Soehn as Director of Operations and Dutch national Richard Grootscholten as the Technical Director and head coach of the residency program.

As the head coach of the USL and later USSF Division 2 Vancouver Whitecaps, former Iceland international Teitur Thordarson was confirmed as head coach on September 2, 2010 for the inaugural MLS season. He was subsequently relieved of his duties on May 30, 2011 after the Whitecaps won just one of their first twelve matches. Tom Soehn, the Whitecaps director of soccer operations, replaced Thordarson on an interim basis.

The Whitecaps began play in the 2011 MLS season with their first match on March 19, 2011, against rival Canadians Toronto FC, which they won 4–2. The first goal in the Whitecaps' MLS era was scored by Eric Hassli. After their winning start the Whitecaps struggled, and failed to secure another victory in their next 11 MLS games, drawing six and losing five. In the aftermath of their 1–1 draw with the New York Red Bulls on May 30 head coach Teitur Thordarson was fired. Tom Soehn took over coaching duties for the remainder of the 2011 season, while Martin Rennie was announced as the new permanent head coach on August 9, taking over officially on November 2.

On March 3, 2012, the Whitecaps won their first minor, pre-season cup at the 2012 Walt Disney World Pro Soccer Classic defeating Toronto FC 1–0 thanks to a goal by Camilo. The Whitecaps finished the regular season with 11 wins, 3 losses, and 10 ties positioning the club, 5th in the Western Conference and 11th on the league overall table. On October 21, 2012, the Whitecaps became the first Canadian team to earn a spot in the MLS playoffs. Vancouver were eliminated in the knockout round.

In the 2013 season, Vancouver finished in 7th in the Western Conference, 13th in the league table with 13 wins, 12 losses, and 9 ties in the regular season. They were not able to qualify for the post season, in the playoffs as they had accomplished in the season prior. Two days after the end of the 2013 MLS regular season, Rennie's contract was not renewed sparking a search for the next head coach. In their off-season, the Whitecaps were in the midst of controversy with one of their then players, Camilo, who had played for the team since their inaugural campaign, after the Brazilian went on to join Liga MX club Querétaro. The Mexican club believed that he was no longer under contract, while the Whitecaps reported that he was still on a contract with Vancouver. The scandal was resolved with the Liga MX club paying a transfer fee from Vancouver to acquire the Brazilian forward.

In October 2014, the Whitecaps qualified for the 2015–16 CONCACAF Champions League for the very first time as a result of becoming the highest ranked Canadian team in the 2014 MLS season and due to a reformatting of the Canadian Championship in the following season. A week later they qualified for the MLS playoffs for the second time, an achievement unmatched by any Canadian team. BC Place is a multi-purpose stadium located at the north side of False Creek, in Vancouver, British Columbia, Canada. It is owned and operated by the BC Pavilion Corporation (PavCo), a crown corporation of the province. It is currently the home of the BC Lions of the Canadian Football League (CFL), Vancouver Whitecaps FC of Major League Soccer (MLS) and the annual Canada Sevens (part of the World Rugby Sevens Series) as well as the BC Sports Hall of Fame. The stadium also served as the main stadium for the 2010 Winter Olympics and 2010 Paralympics which Vancouver hosted, as well as a venue for multiple matches including the championship match for the 2015 FIFA Women's World Cup.

The stadium opened on June 19, 1983, and was built as an indoor structure with an air-supported roof, the largest of its kind in the world upon its opening. Following the 2010 Winter Olympics, BC Place was closed for 16 months as part of an extensive revitalization, the centrepiece of which was replacing the inflatable roof with a retractable roof supported by cables. Once construction was completed, the stadium's new roof was also the largest of its type. 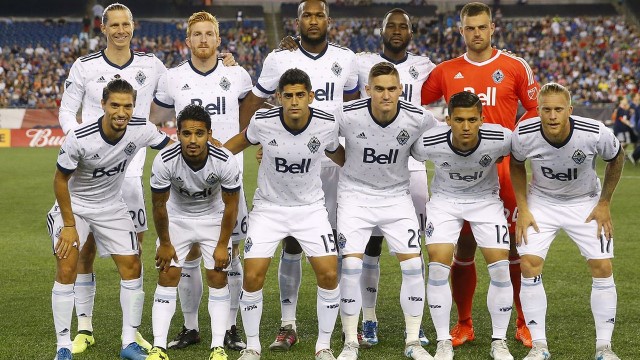 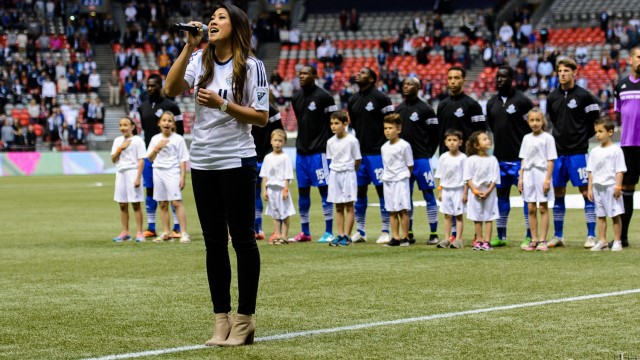