Portimonense vs Braga (19 May) Braga have been known as Arsenal do Minho and changed their kits from green and white to their Arsenal-style red during the 1945–46 (with the reserve squad) and the 1946–47 (with the main team) seasons due to their president José Antunes Guimarães who had business connections in London and was an Arsenal fan (this is one version of the story: the other one says that Josef Szabo, a Hungarian coach who loved Arsenal's playing style asked the president to change the green and white uniform to an Arsenal-style red). In that year (1947) they won the Second division title reaching the First division for the first time. Braga even renamed their youth team Arsenal de Braga.
One of the first matches played in Arsenal-style kits against R C Celta Vigo

The emblem of Sporting de Braga is the city of Braga's shield with Mother Mary and baby Jesus with the blue from the city's shield changed to red. On the top of the emblem is the golden Mural Crown of Braga, with the name Sporting Clube de Braga on it. Many fans of Braga have said that Mother Mary gives them luck. The fans of Braga are known as Arsenalistas due to their team home kit that resembles that of English club Arsenal. They are also known as Bracarenses because of being from the city of Bracari, later named Bracara Augusta, city of Portugal that is now known as Braga.

Aside from the loyalty of its supporters, the Minho derby against Vitória de Guimarães is a match that both sets of fans eagerly await. This match is more than football, it is a way people from the north view each city. The derby is one of Portugal's most intense matches, and children under 13 are restricted from entering unless an adult is with them. The rivalry goes back to when the City of Braga was the ancient capital of Gallaecia and the largest Portuguese city by the time the Kingdom of Portugal was formed by Afonso I of Portugal. At that time, Guimarães became the seat of the King and nobility, whereas Braga remained the centre of trade and religious power (largest city and seat of the Archbishop). 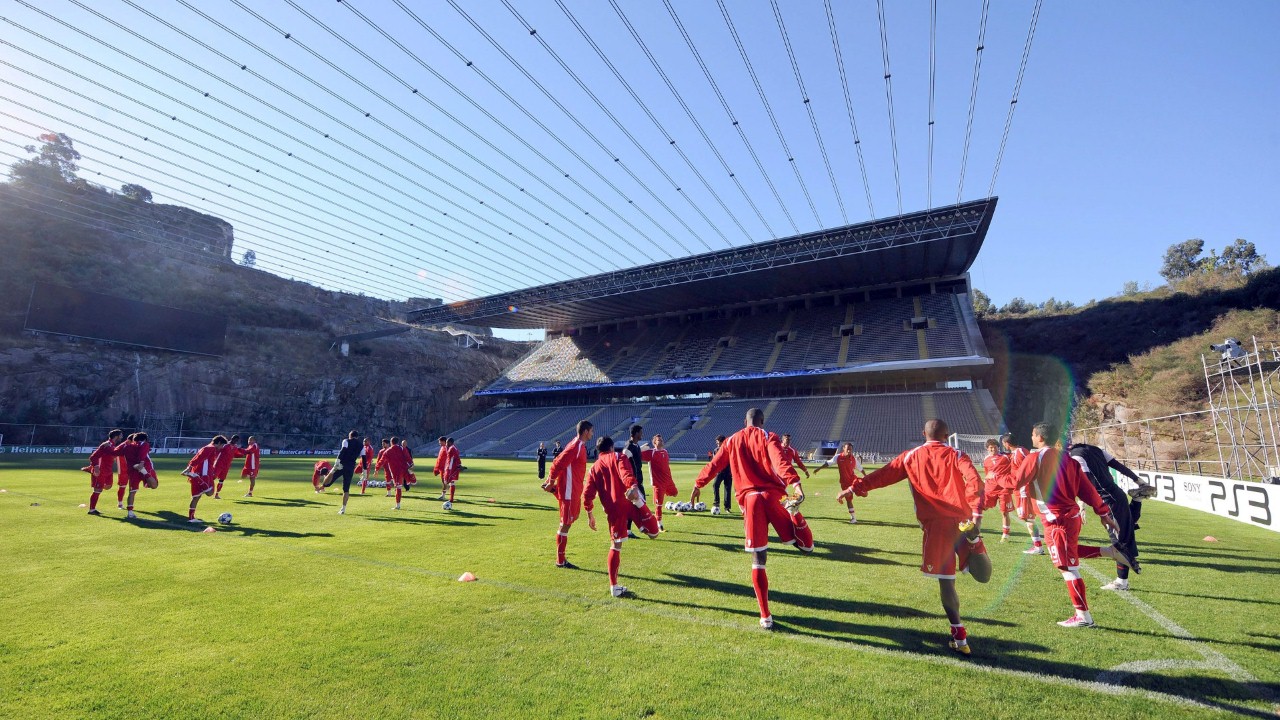 Estádio Municipal de Braga (English: Braga Municipal Stadium) is a football stadium in Braga, Portugal, with an all-seated capacity of 30,286, built in 2003 as the new home for local club Sporting Clube de Braga, and as a UEFA Euro 2004 venue. Its architect was Portuguese Eduardo Souto de Moura. The stadium is also known as A Pedreira (The Quarry), as it is carved into the face of the adjacent Monte Castro quarry.

Sporting Clube de Braga pays a monthly rent of €500 for the use of the stadium. In July 2007, Sporting de Braga announced a three-year sponsorship deal with French insurance company AXA, which included the change of the name by which the club refers to the stadium to Estádio AXA (AXA Stadium).However, the municipality, as landlord, clarified that the stadium had not been officially renamed as this was a deal involving its tenant only.