The England national football team represents England in men's international football and is governed by The Football Association, the governing body for football in England. It competes in the three major international tournaments; the FIFA World Cup, the UEFA European Championship and the UEFA Nations League. England, as a country of the United Kingdom, is not a member of the International Olympic Committee and therefore the national team does not compete at the Olympic Games.

England is one of the two oldest national teams in football, alongside Scotland, whom they played in the world's first international football match in 1872. England's home ground is Wembley Stadium, London, and their headquarters is at St George's Park, Burton upon Trent. The team's manager is Gareth Southgate.

Since first entering the tournament in 1950, England has qualified for the FIFA World Cup 15 times. They won the 1966 World Cup, when they hosted the finals, and finished fourth in 1990 and 2018. Since first entering in 1964, England have never won the UEFA European Championship, with their best performances being third-place finishes in 1968 and 1996, the latter as hosts. 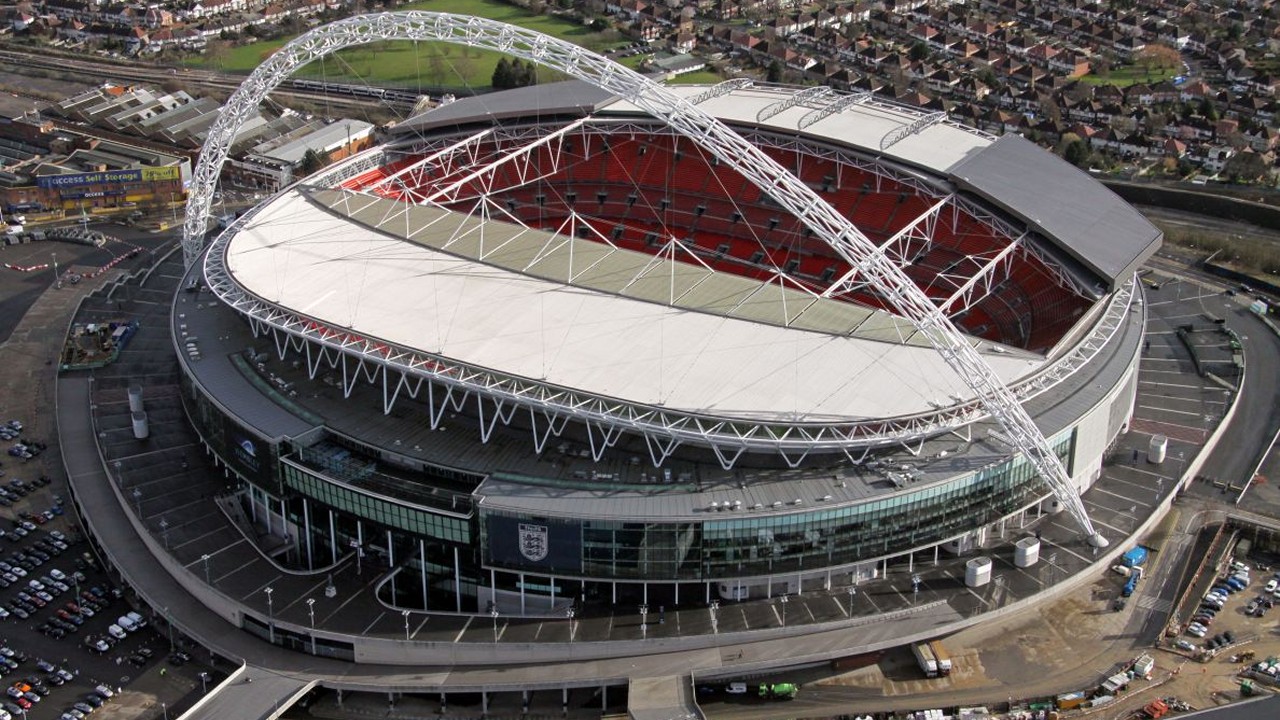 Wembley Stadium (branded as Wembley Stadium connected by EE for sponsorship reasons) is a football stadium in Wembley, London. It opened in 2007 on the site of the original Wembley Stadium, which was demolished from 2002 to 2003. The stadium hosts major football matches including home matches of the England national football team, and the FA Cup Final. Wembley Stadium is owned by the governing body of English football, the Football Association (the FA), through its subsidiary Wembley National Stadium Ltd (WNSL). The FA headquarters are in the stadium.

In addition to England home games and the FA Cup final, the stadium also hosts other major games in English football, including the season-opening FA Community Shield, the League Cup final, the FA Cup semi-finals, the Football League Trophy, the Football League play-offs, the FA Trophy, the FA Vase and the National League play-offs. A UEFA category four stadium, Wembley hosted the 2011 and 2013 UEFA Champions League Finals, and will host seven games at UEFA Euro 2020, (including the final and both of the semi-finals), as well as the 2023 UEFA Champions League Final. The stadium hosted the Gold medal matches at the 2012 Olympic Games football tournament. The stadium also hosts rugby league's Challenge Cup final, NFL London Games and music concerts. The stadium was also the temporary home of Premier League football club Tottenham Hotspur between August 2017 and March 2019, while White Hart Lane was being demolished and their new stadium was constructed. 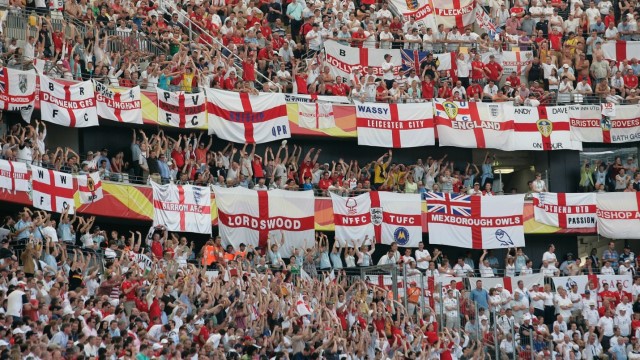