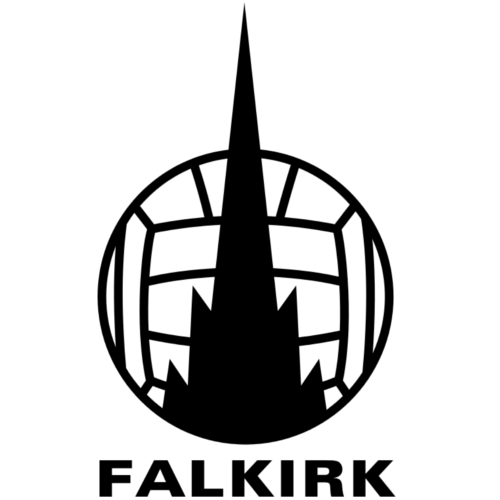 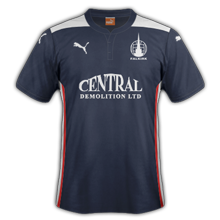 Falkirk Football Club are a Scottish professional association football club based in the town of Falkirk. The club was founded in 1876 and competes in the Scottish Championship as a member of the Scottish Professional Football League. The club was elected to the Second Division of the Scottish Football League in 1902–03, was promoted to the First Division after two seasons and achieved its highest league position in the early 1900s when it was runner-up to Celtic in 1907–08 and 1909–10. The football club was registered as a Limited Liability Company in April 1905 – Falkirk Football & Athletic Club Ltd.

Falkirk won the Scottish Cup for the first time in 1913. After 1945, Falkirk were promoted and demoted between the Premier and First Divisions seven times until 1995–96, and during the 1970s spent three seasons in the Second Division. In 2005, Falkirk were promoted to the Scottish Premier League (SPL). Falkirk won the Scottish Cup again in 1957 and were runners-up in the competition in 1997, 2009 and 2015. As a result of its performance in the 2009 Scottish Cup, the club qualified for the inaugural season of the UEFA Europa League in 2009–10. Falkirk have won the second tier of Scottish football a record seven times, an honour shared with St. Johnstone. They have also won the Scottish Challenge Cup more than any other club, winning it for the fourth time in 2012.

In their early years, Falkirk played at three venues: Hope Street, Randyford Park and Blinkbonny Park. Between 1885 and 2003, the club was based at Brockville Park, built on the former Hope Street ground. After the creation of the SPL in 1998, its strict stadium criteria – to which Brockville Park did not conform – were enforced, and the club was denied promotion on three occasions. The club's present home ground since 2003 is the Falkirk Stadium, an 8,750 all-seater stadium on the outskirts of Falkirk.

The Falkirk Stadium is a football stadium in the east of Falkirk in central Scotland, which is the home ground of Scottish Championship club, Falkirk. The stadium has a capacity of 8,750 and currently consists of three fully completed stands.

The stadium was opened in 2004 with the main stand completed. It became the home of Falkirk in the same year after the club ground shared Ochilview Park for the 2003–04 season whilst the stadium was being constructed. The north and south stands were built and opened in 2005 and 2009 respectively.