Plymouth Argyle Football Club is a professional football club based in the city of Plymouth, Devon, England. As of the 2020–21 season, the team will compete in League One, the third tier of English football. They have played at Home Park, known as the "Theatre of Greens", since 1901. Argyle are one of two Devon clubs who compete in the Football League, the other being Exeter City, Argyle's local rivals.

The club takes its nickname, "The Pilgrims", from an English religious group that left Plymouth for the New World in 1620. The club crest features the Mayflower, the ship that carried the pilgrims to Massachusetts. The club has predominantly played in yellow and white throughout their history, with a few exceptions in the late 1960s and early 1970s when white was the colour of choice. A darker shade of green, described (by some) as 'Argyle green', was adopted in the 2001–02 season, and has been used ever since. The city of Plymouth is the largest in England never to have hosted top-flight football. They are the most southerly and westerly League club in England and the only professional club named Argyle.

Originally founded simply as Argyle in 1886, the club turned professional and entered both the Southern League and Western League as Plymouth Argyle in 1903. They won the Western League title in 1904–05 and the Southern League title in 1912–13, before winning election into the Football League Third Division in 1920. Finishing as runners-up on six consecutive occasions, they eventually won promotion as Third Division South champions under the long-serving management of Bob Jack in 1929–30. A 20-year stay in the Second Division ended in 1950, though they returned again as Third Division South champions in 1951–52. After another relegation in 1956 they again proved too strong for the third tier, winning the Third Division title not long after in 1958–59.

Argyle were relegated out of the Second Division in 1968, 1977 and 1992, having won promotion out of the Third Division as runners-up in 1974–75 and 1985–86. They were relegated into the fourth tier for the first time in 1995, and though they would win immediate promotion in 1995–96, they were relegated again in 1998. Promoted as champions under Paul Sturrock with 102 points in 2001–02, they secured a record fifth third tier league title in 2003–04, and would remain in the Championship for six seasons until administration and two successive relegations left them in League Two by 2011. In 2016–17 Argyle won promotion to League One, and again in 2019–20 following relegation the previous season. 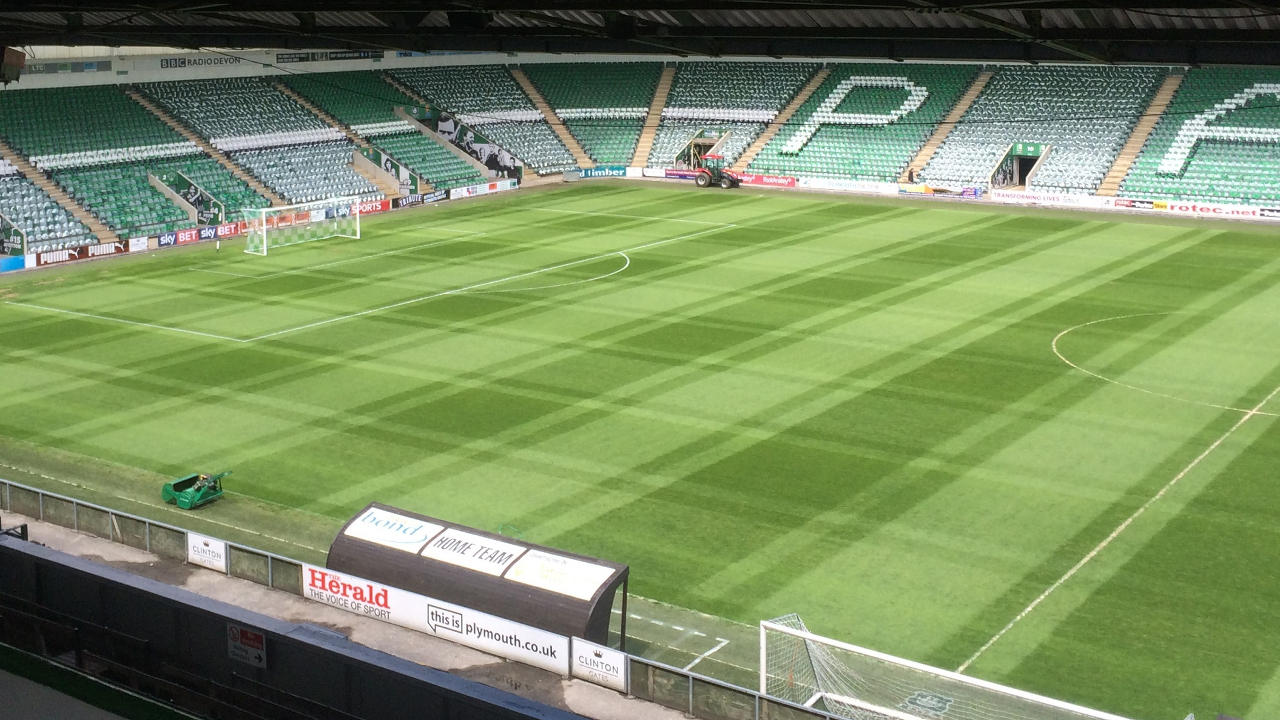 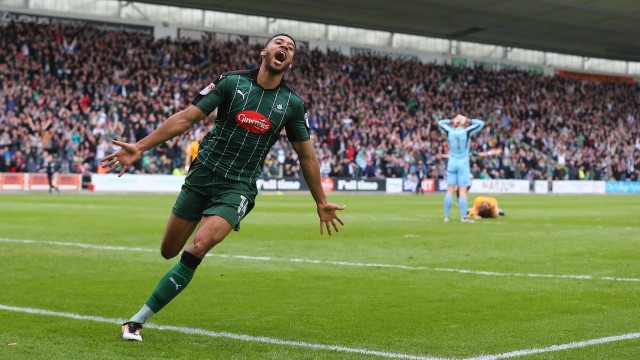