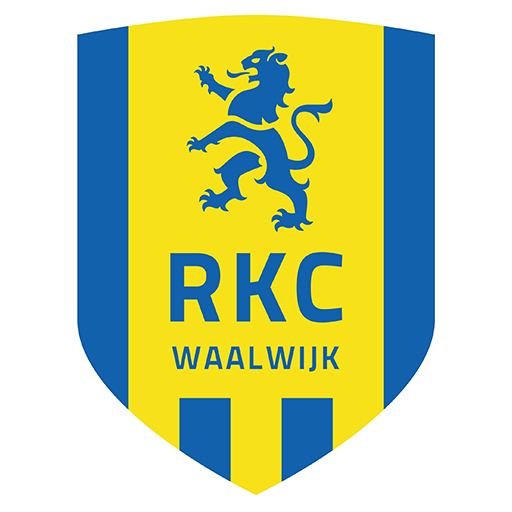 RKC Waalwijk is a football club currently playing in the Dutch Eredivisie. Its name is derived from 'Rooms Katholieke Combinatie' ('Roman Catholic Combination' in Dutch) and was established as a merger of HEC, WVB and Hercules.

The club was formed on 26 August 1940 and used to play its home games at Sportpark Olympia. Its new stadium, the 7500 seater Mandemakers Stadion was opened in 1996 and featured the home match against Roda JC. While considered one of the Eredivisie's smaller clubs, it nevertheless maintained its top flight status for many years. Its home colors are yellow and blue.

At the end of the 2006–07 season, RKC Waalwijk were relegated from the Eredivisie after a defeat in play-offs against VVV-Venlo.

On 3 June 2009 they were promoted to the Eredivisie division after a win in the play-offs against De Graafschap. Though, their spell didn't last long ending in the last place with only 15 points. In the season followed they would finish first in the Eerste Divisie promoting back in the top flight of Dutch football.

After another relegation at the end of the 2013-14 season, RKC Waalwijk finished 20th (last) in the 2014-15 season of Eerste Divisie. However, they didn't relegate to Topklasse (amateurs) because both of the two Topklasse champions declined promotion into professionalism. In 2016-17, they made the Eerste Divisie playoffs, losing 5-2 on aggregate to FC Emmen.

In the 2017–18 season, RKC was placed 16th out of 20 teams in the Eerste Divisie. In 2019, Waalwijk promoted back to the Eredivisie after a five year absence, after beating Go Ahead Eagles in the play-off finals. After a 0–0 draw in the first leg at home, RKC won the second leg 4–5 away.

The Mandemakers Stadion is a multi-use stadium in Waalwijk, Netherlands. It is currently used mostly for football matches. The stadium is able to hold 7,500 people and was built in 1996.