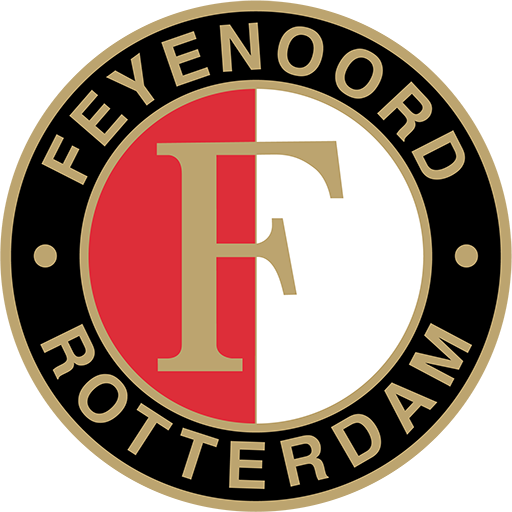 Feyenoord Rotterdam is a Dutch professional football club in Rotterdam, that plays in the Eredivisie, the top tier in Dutch football. Founded as Wilhelmina in 1908, the club changed to various names before settling on being called after its neighborhood in 1912 as SC Feijenoord, updated in 1974 to SC Feyenoord, and then to Feyenoord Rotterdam in 1978, when it split from the amateur club under its wing, SC Feyenoord. Since 1937, Feyenoord's home ground has been the Stadion Feijenoord, nicknamed De Kuip ('the tub'), one of the largest stadiums in the Netherlands and Europe.

Feyenoord is one of the most successful clubs in Dutch football, winning 15 Eredivisie titles, 13 KNVB Cups, and 4 Johan Cruyff Shields. Internationally, it has won one European Cup, two UEFA Cups, and one Intercontinental Cup. The club has played continuously in the top tier of the Dutch football system since gaining promotion to Eerste Klasse (the Eredivisie's forerunner competition) in 1921, more times than any other club in the country, including the likes of Ajax and PSV Eindhoven.

Feyenoord is known as a people's club with a huge national and international support. Its most successful period was the 1960s and 1970s, when Coen Moulijn and Ove Kindvall led the club to six league titles, two European trophies, and an Intercontinental Cup, thereby becoming the first Dutch club in history to win both the European Cup and the Intercontinental Cup. In the 21st century, Feyenoord ended an 18-year league title drought in 2017 and won the 2002 UEFA Cup against Borussia Dortmund in its home stadium.

Feyenoord has a longstanding rivalry with Ajax, a clash between two teams from the two biggest cities in the Netherlands, called De Klassieker ("The Classic"). The club's anthem is "Hand in Hand".

As of 2017, Feyenoord is a multi-sports club, including Sportclub Feyenoord (amateur football team), Feyenoord Basketbal, Feyenoord Futsal and Feyenoord Handball.

Stadion Feijenoord, more commonly known by its nickname De Kuip, the Tub), is a stadium in Van Zandvlietplein 1, Rotterdam, Netherlands, that was completed in 1937. The name is derived from the Feijenoord district in Rotterdam, and from the club with the same name (although the club's name was internationalised to Feyenoord in 1973).

The stadium's original capacity was 64,000. In 1949, it was expanded to 69,000, and in 1994 it was converted to a 51,117-seat all-seater. In 1999, a significant amount of restoration and interior work took place at the stadium prior to its use as a venue in the UEFA Euro 2000 tournament, although capacity was largely unaffected.