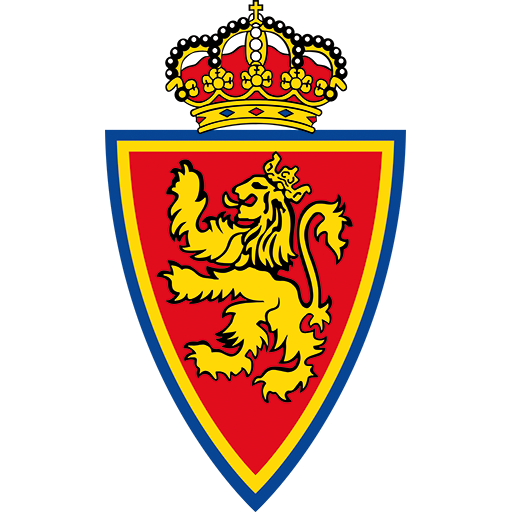 Real Zaragoza, S.A.D. is a Spanish football team based in Zaragoza, in the autonomous community of Aragon. Founded on 18 March 1932 it currently plays in Segunda División, holding home games at La Romareda, which seats 34,596 spectators.

The club has spent the majority of its history in La Liga, winning the Copa del Rey six times and the 1994–95 UEFA Cup Winners' Cup, amongst other trophies. Traditionally, team colours are white shirts and socks with royal blue shorts.

A government survey in 2007 found that 2.7% of the Spanish population support the club, making them the seventh-most supported in the country.

Estadio de La Romareda is the home stadium of Real Zaragoza, in Zaragoza. It was inaugurated on September 8, 1957, with a game between Real Zaragoza and CA Osasuna (4–3). The official capacity is 34,596, with an average attendance of around 30,000 for Real Zaragoza matches.

The stadium has gone through various upgrades, in 1977 and in 1982, when it was a 1982 FIFA World Cup venue. The stadium was also used for football group matches and a quarterfinal during the 1992 Summer Olympics. It became an all-seater stadium in 1994.

Plans to build a new stadium in Zaragoza have been abandoned.

La Romareda was proposed as the Olympic Stadium in Jaca's failed bid for the 2014 Winter Olympics.

Works for the enlargement of La Romareda into a 43,000-seat stadium were due to begin on April 17, 2006 and end in time for the Zaragoza Expo of 2008. However, a lawsuit was filed by a political party (PAR), claiming that the enlargement of the stadium would be to the detriment of the population, in order to suspend the planned works. A judge ordered the suspension and the works were put on hold.