Società Sportiva Calcio Napoli, commonly referred to as Napoli, is an Italian professional football club based in Naples, Campania that plays in Serie A, the top flight of Italian football. The club have won two league titles, five Coppa Italias, two Supercoppa Italiana titles, and one UEFA Cup.

Formed in 1926, the club saw relatively little success in its early years, winning one Coppa Italia until 1965, where they were refounded. Napoli then saw increased success in the 1980s, after the club acquired Diego Maradona. During his time in Naples, Maradona helped the team win several trophies, which led to the club retiring his number 10 jersey. During this period, Napoli won their sole league titles, in 1987 and 1990. Following his departure, however, Napoli struggled financially, and endured several relegations, prior to being refounded in 2004 by film producer Aurelio De Laurentiis. Under his guise, the club has stabilized, which has led to renewed on-field success, winning the 2012 and 2014 Coppa Italia titles.

By attendance, Napoli have the fourth biggest fanbase in Italy, and were ranked as the fifth highest-earning football club in Serie A, with $182 million in revenue during the 2017–18 season. In 2018, Forbes estimated the club is the fifth most valuable club in Italy, worth $379 million. Napoli are also one of the associate members of the European Club Association.

Since 1959, the club has played their home games at Stadio San Paolo, and have traditionally worn sky blue shirts and white shorts. The club also have a long-standing rivalry with Roma, with whom they contest the Derby del Sole. The club's anthem is "'O surdato 'nnammurato". Stadio San Paolo is a stadium in the western suburb of Fuorigrotta in Naples, Italy, and is the third largest football stadium in Italy after the San Siro and Stadio Olimpico. For the 1960 Summer Olympics in Rome, it hosted the football preliminaries. It is currently used mostly for football matches and is the home of Napoli. The stadium was built in 1959 and underwent extensive renovations in 1989 for the 1990 World Cup. The present capacity of the San Paolo is 60,240.

The stadium is probably most famous for hosting the 1990 World Cup semi-final between Italy and Argentina. Considered to be the most intriguing match of that World Cup, Diego Maradona asked for the Napoli fans to cheer for Argentina. The Napoli tifosi responded by hanging a flag in their "curva" of the stadium saying "Maradona, Naples loves you, but Italy is our homeland". It was touching for Maradona as Napoli was the only stadium during that World Cup that the Argentinian national anthem was not jeered. The match finished 1–1 after extra time. A penalty shoot out ensued with Maradona fittingly scoring the winning penalty for Argentina. 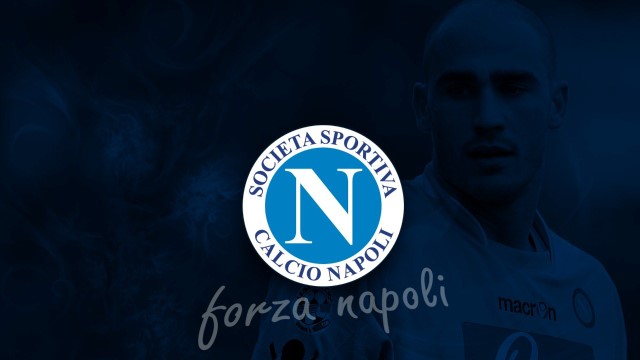