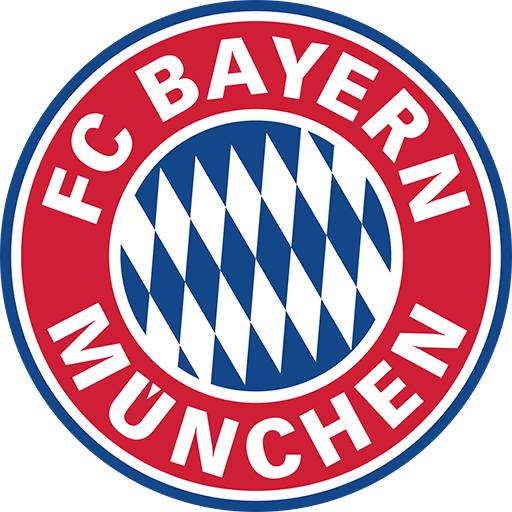 Bayern Munich vs Mönchengladbach (08 May) Fußball-Club Bayern München e.V., commonly known as FC Bayern München, FCB, Bayern Munich, or FC Bayern, is a German sports club based in Munich, Bavaria. It is best known for its professional football team, which plays in the Bundesliga, the top tier of the German football league system, and is the most successful club in German football history, having won a record 24 national titles and 17 national cups.

FC Bayern was founded in 1900 by eleven football players led by Franz John. Although Bayern won its first national championship in 1932, the club was not selected for the Bundesliga at its inception in 1963. The club had its period of greatest success in the middle of the 1970s when, under the captaincy of Franz Beckenbauer, it won the European Cup three times in a row (1974–76). Overall, Bayern has reached ten European Cup/UEFA Champions League finals, most recently winning their fifth title in 2013 as part of a continental treble. Bayern has also won one UEFA Cup, one European Cup Winners' Cup, one UEFA Super Cup, one FIFA Club World Cup and two Intercontinental Cups, making it one of the most successful European clubs internationally. Since the formation of the Bundesliga, Bayern has been the dominant club in German football with 24 titles and has won 6 of the last 10 titles. They have traditional local rivalries with TSV 1860 München and 1. FC Nürnberg, as well as a contemporary rivalry with Borussia Dortmund.

Since the beginning of the 2005–06 season, Bayern has played its home games at the Allianz Arena. Previously the team had played at Munich's Olympiastadion for 33 years. The team colours are red and white, and the team crest shows the white and blue flag of Bavaria. In terms of revenue, Bayern Munich is the biggest sports club in Germany and the fourth biggest football club in the world, generating €368.4 million in 2012. With over 251,000 members, Bayern is the biggest club in the world. There are more than 3,800 officially-registered fan clubs with over 285,000 members. The club has other departments for chess, handball, basketball, gymnastics, bowling, table tennis, referees, and senior football with more than 1,100 active members. The Allianz Arena is a football stadium in Munich, Bavaria, Germany with a 75,024 seating capacity. Widely known for its exterior of inflated ETFE plastic panels, it is the first stadium in the world with a full color-changing color exterior. Located at 25 Werner-Heisenberg-Allee at the northern edge of Munich's Schwabing-Freimann borough on the Fröttmaning Heath, it is the third largest arena in Germany behind Signal Iduna Park in Dortmund and the Olympiastadion in Berlin.

The large financial services provider Allianz purchased the naming rights to the stadium for 30 years. However this name cannot be used when hosting FIFA and UEFA events, since these governing bodies have policies forbidding corporate sponsorship from companies that are not official tournament partners. During the 2006 World Cup, the stadium was referred to as FIFA World Cup Stadium Munich. In UEFA club matches, it is known as Fußball Arena München (Football Arena Munich) , and it hosted the 2012 UEFA Champions League Final. The stadium has been nicknamed "Schlauchboot" (inflatable boat). The museum of Bayern Munich, FC Bayern Erlebniswelt, is located inside the Allianz Arena.