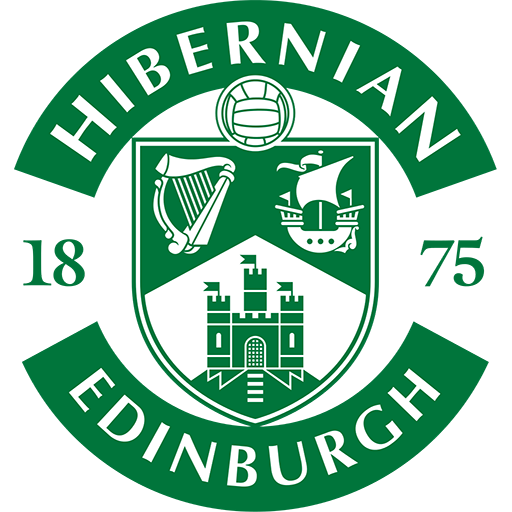 Hibernian Football Club (/hɨˈbɜrniən/), commonly known as Hibs, are a Scottish professional football club based in Leith in the north of Edinburgh. It is one of two Scottish Professional Football League clubs in the city, the other being their Edinburgh derby rivals Hearts. Hibernian was founded in 1875 by Irish immigrants, but support for the club is now based on geography rather than ethnicity or religion. The Irish heritage of Hibernian is still reflected, however, in its name, colours and badge.

The name of the club is usually shortened to Hibs. The team are also called The Hibees (pronounced /ˈhaɪbiːz/) and The Cabbage, a shortening of the rhyming slang for Hibs of "Cabbage and Ribs", by fans of the club, who are themselves also known as Hibbies. Home matches are played at the Easter Road stadium, in use since 1893, when the club joined the Scottish Football League. Hibernian have played in the second tier of the Scottish football league system, known as the Scottish Championship, since being relegated in 2014.

Hibernian have won the Scottish league championship four times, most recently in 1952. Three of those four championships were won between 1948 and 1952, when the club had the services of The Famous Five, a notable forward line. The club have won the Scottish Cup twice, in 1887 and 1902; but have lost ten Scottish Cup Finals since, most recently in 2013. The last major trophy won by the club was the 2006–07 Scottish League Cup, when Kilmarnock were beaten 5–1 in the final. This was the third time Hibs had won the League Cup, also winning in 1972–73 and 1991–92.
The team reached the League Cup final, (2015–16) which was lost to Ross County. This was followed by victory in the Scottish Cup for the first time since 1902, culminating in a cup final win against Rangers. Soon after the cup win Stubbs left Hibs to manage Rotherham United. He was replaced by Neil Lennon, who led the team to promotion by winning the 2016–17 Scottish Championship. Easter Road is a football stadium located in the Leith area of Edinburgh, Scotland, which is the home ground of Scottish Championship club Hibernian (Hibs). The stadium currently has an all-seated capacity of 20,421, which makes it the fifth-largest football stadium in Scotland. Easter Road is also known by Hibs fans as "The Holy Ground" or "The Leith San Siro". The venue has also been used to stage international matches, Scottish League Cup semi-finals and was briefly the home ground of the Edinburgh professional rugby union team.

Hibs first played at the present site of Easter Road in 1893. The record attendance of 65,860, when the stadium had vast terracing sections, was set by an Edinburgh derby on 2 January 1950. The size of the terracing was greatly reduced in the 1980s. After the publication of the Taylor Report, Hibs considered leaving Easter Road and moving to a different site (Straiton, near Loanhead was mooted), but these plans were abandoned in 1994. Redevelopment of the stadium began in 1995 and was completed in 2010. The Easter Road pitch had a pronounced slope until it was removed at the end of the 1999–2000 season.