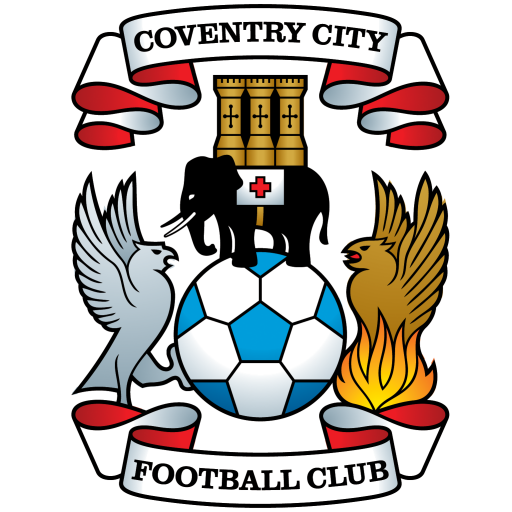 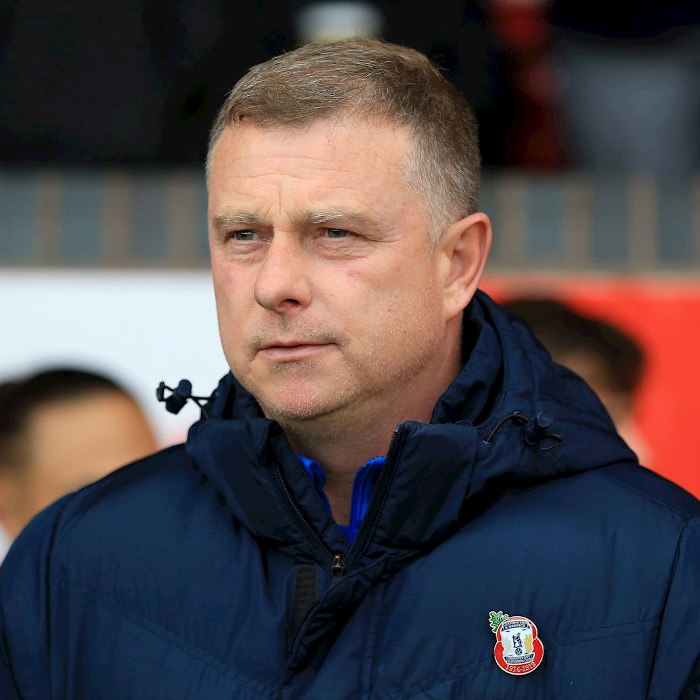 Coventry City Football Club is a professional football club based in Coventry, West Midlands that temporarily plays its home games in Birmingham. They play in the EFL Championship, the second tier of the English football league system following promotion in the 19-20 season.

Coventry City formed as Singers F.C. in 1883 following a general meeting of the Singer Factory Gentleman's club. They adopted their current name in 1898, joining the Football League in 1919. They won their only major trophy in 1987 when they beat Tottenham Hotspur 3–2 to win the FA Cup. They are one of only five clubs to have won both the FA Cup and the FA Youth Cup in the same season. They have also reached two Football League Cup semi-finals; in 1981 and 1990. They returned to Wembley in April 2017, defeating Oxford United 2–1 to win the Football League Trophy, and again in May 2018, beating Exeter City 3–1 to gain promotion to EFL League One via the play-offs.

The club, nicknamed the Sky Blues because of the colour of their strip, was an inaugural member of the Premier League in 1992 and spent 34 consecutive seasons in the English top-flight until relegation in 2001. Following eleven seasons in the second-tier Football League Championship, Coventry were relegated to League One in 2012, the first time they had been in the third tier since 1964. In 2017, there was a further relegation, with the club dropping to the fourth tier of English football for the first time since 1959. They gained promotion back to League One the very next season. Following two seasons in League One, Coventry were promoted back to the EFL Championship in 2020, winning their first league championship in 53 years.

Coventry has qualified for European competitions twice. In the 1970–71 season, the team competed in the European Inter-Cities Fairs Cup (now the UEFA Europa League), reaching the second round. Despite beating Bayern Munich 2–1 in the home leg, they had lost 1–6 in the first leg in Germany, and thus were eliminated. The team was unable to compete in the 1987–88 UEFA Cup Winners' Cup, due to the ban on English clubs at that time, following the Heysel disaster.

From 1899 to 2005, Coventry City played at Highfield Road, which in 1981 became the first all-seater stadium in English football. In the late 1990s, the club's directors decided that a larger stadium was necessary, and so chose a site in the Rowley's Green area of the city. The 32,609-capacity Ricoh Arena was opened in August 2005 to replace Highfield Road. However, the club have left the Ricoh on two occasions and currently do not have an agreement to return. 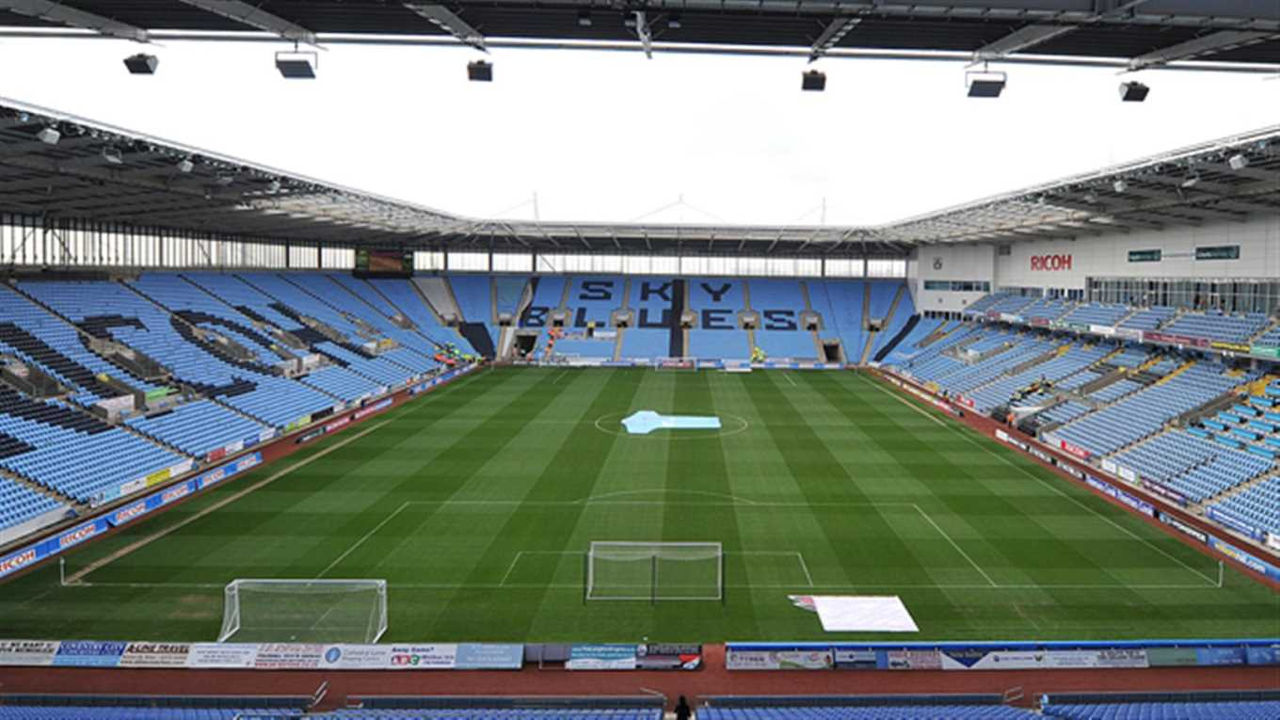 St Andrew's has been the venue for England international football matches at all levels below the senior national team, and for semifinal matches in the FA Cup and finals of lesser competitions. It has played host to events in other sports, including rugby union and professional boxing, and more recently has staged music concerts.
The arena was opened officially by Dame Kelly Holmes and sports minister Richard Caborn on 24 February 2007. By this time the arena had been open for a year and had already hosted a sell-out England U21 football match against Germany as well as a full season of Coventry City football matches.

The Ricoh Arena was the first cashless stadium in the United Kingdom, with customers using a prepay smartcard system in the grounds bars and shops. However, the stadium now accepts cash at all kiosks.

The stadium was initially operated by Arena Coventry Limited (ACL), with Coventry City F.C. as tenants. ACL was owned jointly by Coventry City Council and the Higgs Charity until both shareholders were bought out by rugby union Premiership club Wasps in October and November 2014. Wasps' first home match in Coventry was on 21 December 2014 against London Irish.