Doncaster Rovers Football Club is an English football club based in Doncaster, South Yorkshire. They play in League One, the third tier of the English football league system after relegation from The Championship in 2013–14.

The club was founded in 1879 and turned professional in 1885. Doncaster have spent the majority of their playing history between the third and fourth tiers of the English football league system and are one of four clubs to win the Division 3/League Two title three times.

The club's colours have traditionally been red and white. Their home strip is red and white hoops, which has been the main design of the club's home shirt since 2001.

The associated Doncaster Rovers Belles L.F.C. are one of the most successful women's clubs in English football. 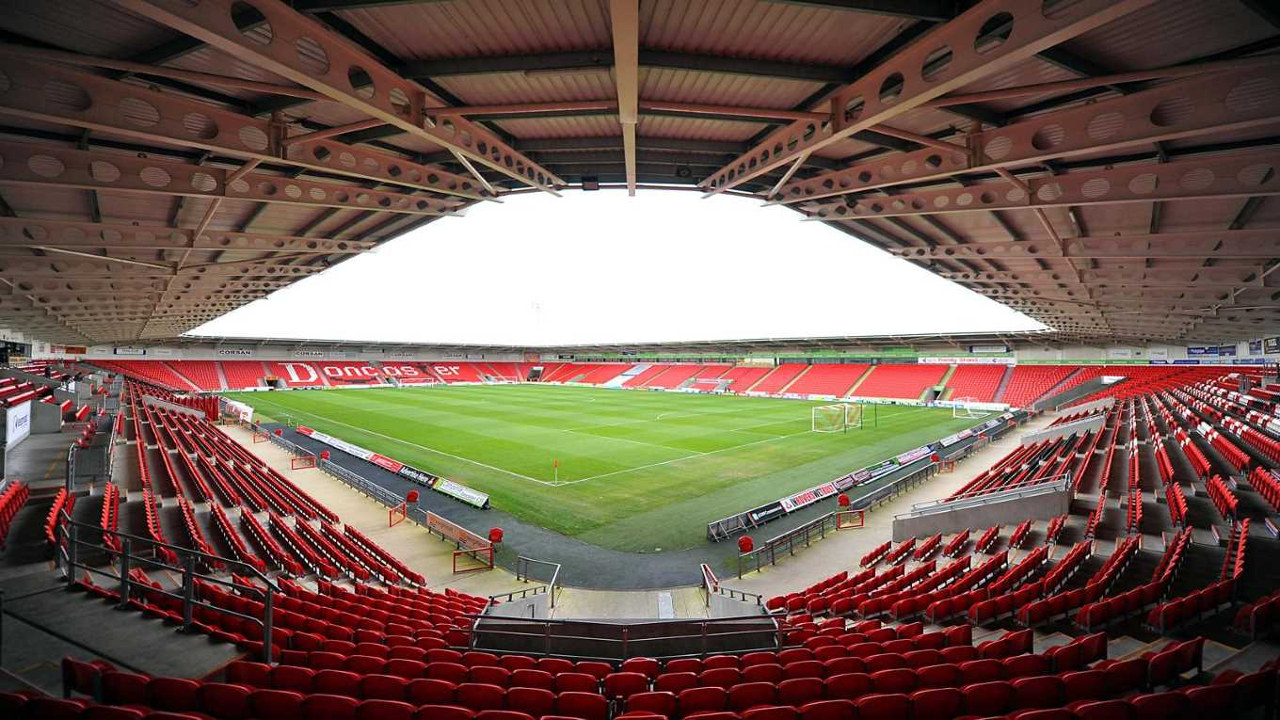 The first match at the stadium was a Rugby League match on 27 December 2006, when Sheffield Eagles beat Doncaster RLFC 16-10.

On 19 June 2012 it was confirmed that Doncaster Rovers F.C. had secured a 99 Year operating lease from Doncaster Metropolitan Borough Council to lead the management of the stadium with a view to improving operating results across the stadium sports partnership.

At the Stadium Business Awards 2010 the stadium received the award for the Best Matchday Experience.