Blackpool Football Club is a professional association football club based in the seaside town of Blackpool, Lancashire, England. The team will compete in the Championship, the second tier of the English football league system, in 2021–22, having gained promotion from League One in 2020–21.

Founded in 1887, the club played home games at Raikes Hall and the Athletic Grounds before moving to Bloomfield Road in 1901.

The club were founder members of the Lancashire League in 1889 and were invited into the Football League Second Division in 1896. They failed re-election in 1899 but had their Football League membership reinstated the following year. Blackpool remained in the Second Division until they won the league title in 1929–30, though they were relegated after three seasons in the First Division. Promoted again in 1936–37, the club entered a golden period under the stewardship of long-time manager Joe Smith. Blackpool lost the 1948 and 1951 FA Cup finals before winning the competition in 1953, in the so-called "Matthews Final", in which they beat Bolton Wanderers 4–3, overturning a 3–1 deficit in the closing stages of the game. That same year, four Blackpool players were in the England team which lost against Hungary at Wembley. In the 1950s they had four top-six finishes in the First Division, with their best position being runners-up to Manchester United in 1955–56. In 1956, Stanley Matthews was the inaugural recipient of the Ballon d'Or.

Blackpool were relegated out of the First Division in 1967 and again in 1971 after winning promotion in 1969–70. They dropped into the fourth tier after suffering relegations in 1978 and 1981, then gained promotion in 1984–85. Between 1987 and 2019, the club was owned by the Oyston family. Nine years after buying the club, Owen Oyston was jailed for the 1992 rape and indecent assault of a 16-year-old girl. His wife, Vicki, took over the chairmanship of the club during her husband's three-year prison term. The couple's son, Karl, took over in 1999 and remained in the role for 19 years. In 2018, after the Oyston family was found, in a High Court judgement, to have operated an "illegitimate stripping" of the club, paying out £26.77 million to companies they owned, Owen relieved Karl of his role and gave it to his daughter, Natalie. In June 2019, Simon Sadler, a 49-year-old Blackpool-born businessman, bought a 96.2% share in the club, completely removing the Oyston family from any involvement.

During the long years of Oyston ownership, Blackpool were relegated into the fourth tier in 1990, promoted via the play-offs in 1992, then relegated again in 2000. Blackpool then gradually reached the Premier League after becoming the first club to gain promotion from every division of the Football League via the play-off system; they won the 2001 Third Division play-offs, 2007 League One play-offs and the 2010 Championship play-offs. They spent one season in the Premier League, under manager Ian Holloway, and later suffered a double relegation into League Two by 2016, though gained immediate promotion by winning the 2017 League Two play-off final. 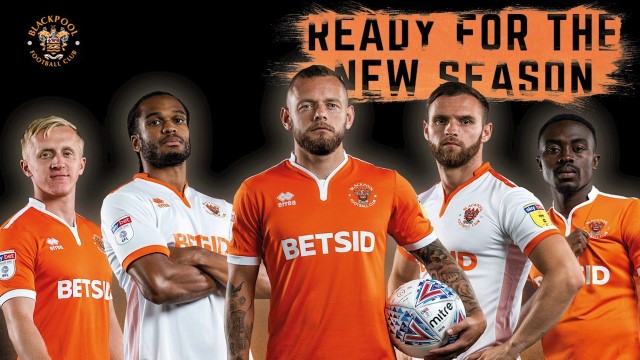