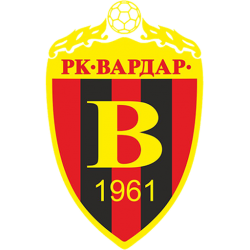 RK Vardar 1961 (Macedonian: РК Вардар 1961) is a professional handball club from Skopje, North Macedonia. Vardar is the most successful handball team in the country, having won fourteen national League and Cup titles. Also, Vardar is the most successful team in the regional SEHA League having won five titles. The team has also won two EHF Champions League titles.

On 18 November 2012, it was announced that the arena would be completely demolished, with a new arena called Sports Centre Jane Sandanski planned to be built in its place. On 14 February 2013, MZT Aerodrom held their last training in Jane Sandanski, with more than a thousand fans attending. The following day the arena was officially closed and demolished.

It was rebuilt and reopened in August 2014, financed by the Russian businessman Sergey Samsonenko, built alongside the four-star hotel "Russia". In September 2015, the west and east stands were upgraded by 500 seats and south and north stands upgraded with 650 seats. Now the arena is the home ground of RK Vardar, ZRK Vardar and MZT Aerodrom.