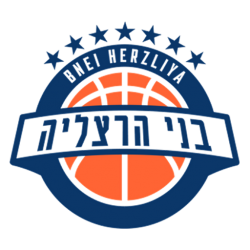 Bnei Herzliya Basket (Hebrew: בני הרצליה‎, lit. Sons of Herzliya), also known as Bnei Rav-Bariach Herzliya for sponsorship reasons, is a professional basketball club that is based in Herzliya, in central Israel. The club plays in the Israeli Super League, the top division of Israeli basketball.

History
The club was originally founded in 1985, under the name Hapoel Herzliya. In 2002, the club merged with Maccabi Ra'anana, and it was re-named to Bnei Hasharon. The merger was done because of Maccabi Ra'anana's financial problems and Bnei Hasharon's relegation from the top-level Israeli Super League, following the 2001–02 season.

At the end of 2010–11 season, the merger ended, and the team started playing only for the city of Herzliya. In 2012, the club was re-named to Bnei Herzliya.