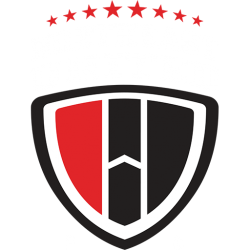 Indira Gandhi Athletic Stadium also known as Sarusajai Stadium is a football stadium in Guwahati, Assam, India.It is the current home ground of Northeast United FC. Besides hosting football matches, the stadium is also used for athletics. It has a total capacity of 35,000 which was later reduced to 23,850 due to installation of bucket seats for 2017 FIFA U-17 World Cup, which was hosted in India. In 2007, it hosted the 33rd National Games of India and in 2016, hosted the South Asian Games. The stadium hosted the Assam Global Investors' Summit on 3 and 4 February, 2018 and the 65th Filmfare Awards on 15 February, 2020.

The stadium recorded the highest attendance for a football game in northeast India when 32,844 spectators came to see the ISL match between local club NorthEast United and visitors Chennaiyin on 20 October, 2016 till 5 January, 2018 when it was broken by Khuman Lampak Main Stadium of Imphal, Manipur with 35,285 spectators.