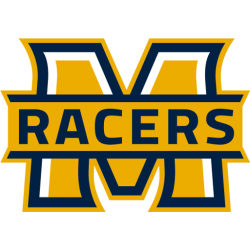 Murray State Racers men's basketball program represents intercollegiate men's basketball at Murray State University. The school competes in the Ohio Valley Conference in Division I of the National Collegiate Athletic Association (NCAA) and play home games at the CFSB Center in Murray, Kentucky. Murray State made its 17th appearance in the NCAA Tournament in 2019. Four times the Racers advanced in the tournament, most recently when it defeated Marquette in 2019. In 1988, Murray State defeated North Carolina State in the first round but lost to eventual national champion Kansas in the second round. In 2010, 22 years to the date of the 1988 win, the Racers beat Vanderbilt and lost to eventual runner-up Butler in the second round.

The CFSB Center is an 8,600-seat arena located in Murray, Kentucky near the intersection of Ky. 121 and U.S. 641. The arena is the home of the Murray State Racers Basketball teams. It was previously known as the Regional Special Events Center, or "RSEC", until the name was changed on September 17, 2010 following a $3.3 million donation from Community Financial Services Bank to Murray State Athletics. While the CFSB Center is commonly used for basketball, it was designed as a multi-purpose facility that also frequently hosts concerts, trade shows, and conventions.