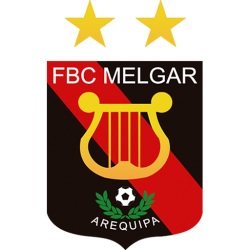 Foot Ball Club Melgar, known simply as FBC Melgar or Melgar, is a Peruvian football club based in Arequipa, Peru. It is one of Peru's oldest football teams, founded on March 25, 1915 by a group of football enthusiasts from Arequipa.

The team first participated in the Peruvian football league in 1919 in Lima and later was invited to the first true National football league, the Torneo Descentralizado, in 1966, when four teams from the provinces were invited to join the league. Joining them were Atlético Grau from Piura, Club Octavio Espinoza from Ica and Alfonso Ugarte (Ch) from Trujillo. Previously, only teams from Lima and Callao had been allowed to compete for the national championship. Due to a low finish the first year, Melgar was dropped from the league after the first year. After winning the Copa Perú they returned to the First Division where they have remained to this day. Melgar won the Torneo Descentralizado for the first time in 1981. In the 1983 season the club finished first in the First Stage and at the end the top six teams played a play-off tournament to determine the year's champion, which Melgar finished in second.

FBC Melgar plays its home games at the Estadio Mariano Melgar, but since the Estadio de la UNSA was built in 1990 with a capacity of 40,000, it has used both.

Estadio de la UNSA (official name) is a multi-purpose stadium located in Arequipa, Peru. The stadium was built by the University of San Agustín in the early 1990s and named after the Virgin Chapi. Due to its size, the term Monumental is added to its name. The stadium was largely financed by a lottery fund-raiser held by the university itself. The stadium has hosted large events such as the Bolivarian Games and the Copa América in addition to a Copa Sudamericana final in 2003 involving Cienciano and River Plate. The stadium's allowed spectator capacity is currently 60,000.