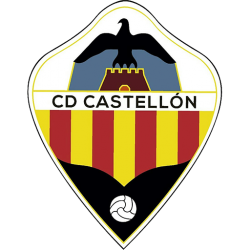 Club Deportivo Castellón, S.A.D. is a Spanish football team based in Castellón de la Plana, in the Valencian Community. Founded in 20 July 1922, it currently plays in the Segunda División A, holding home games at Nou Estadi Castàlia, which has a capacity of 15,700 seats.

Estadio Municipal de Castalia is a multi-purpose stadium in Castellón de la Plana, Spain. It is currently used mostly for football matches and is the home ground of CD Castellón. The stadium holds 14,485 (all-seater) and was built in 1987, replacing the original Estadi Castàlia which stood on this site, but at 90° to the current layout. The pitch size is 102x70m.