The Houston Dash is a professional women's soccer team based in Houston, Texas. They joined the National Women's Soccer League (NWSL) in the 2014 season.

Establishment
On November 19, 2013, the Houston Dynamo began talks in the initial stages with the intention of bringing a top flight women's professional soccer franchise to Houston. Just a week later, the effort was bolstered when the Dynamo began accepting refundable deposits for a potential NWSL expansion team. On December 11, 2013, the National Women's Soccer League awarded the Houston Dynamo and the city of Houston an expansion franchise.

Team name, crest, and colors unveiled
During a press conference on December 12, 2013, Houston Dynamo President Chris Canetti announced that the club would be named the Houston Dash and would share similar colors to the Dynamo: orange, black, and sky blue. The crest features a soccer ball along with the words "Houston Dash" with sky blue lines in the background. The name Dash refers to the fast running speed of a horse, which is a historical mode of transportation for Texans in the 1800s.

On December 23, 2013, Former Houston Dynamo player Brian Ching was named Managing Director, in charge of day-to-day duties on both the business and technical sides of under the supervision of Houston Dash and Dynamo team president Chris Canetti.

On January 3, 2014, Randy Waldrum was named as the Dash's first head coach, having previously coached the Notre Dame Fighting Irish women's soccer team to two national titles since joining the team in 1999.

On December 11, 2018 James Clarkson was hired as the new head coach. BBVA Compass Stadium is an American multi-purpose stadium located in Houston, Texas that is home to the Houston Dynamo, a Major League Soccer club, the Houston Dash of the National Women's Soccer League, and to Texas Southern Tigers football. The stadium is the result of combined commitments of $35.5 million from the city of Houston and $60 million from the Houston Dynamo. Harris County agreed to pay for half of the land in exchange for the ability to jointly own the stadium after its completion date in May 2012. BBVA Compass, a subsidiary of Banco Bilbao Vizcaya Argentaria, is the stadium's sponsor company.

The stadium is located on a tract of land bordered by Texas, Walker, Emancipation, and Hutchins in East Downtown and east of Interstate 69/U.S. Route 59 and Downtown Houston. 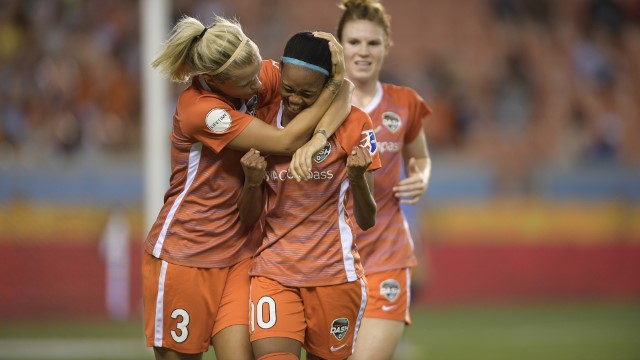 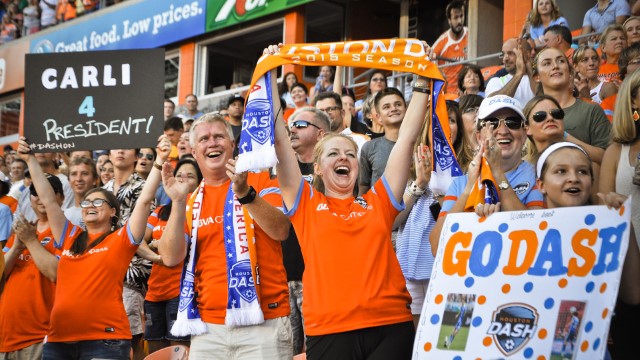