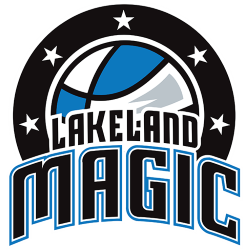 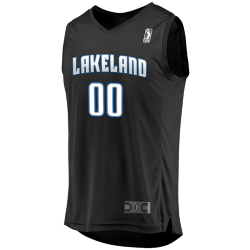 The Lakeland Magic are an American professional basketball team of the NBA G League announced to begin play for the 2017–18 season as an affiliate of the Orlando Magic of the National Basketball Association (NBA). Based in Lakeland, Florida, the team plays their home games at the RP Funding Center.

The franchise previously was based out of Erie, Pennsylvania, and known as the Erie BayHawks.

The RP Funding Center (originally Lakeland Civic Center, and later The Lakeland Center) is a convention and entertainment complex in Lakeland, Florida, comprising a convention center, arena and theater. Currently, it is home to the Florida Tropics SC of the Major Arena Soccer League and the Lakeland Magic, the Orlando Magic's affiliate in the NBA G League.
The logo of arena until 2017.

The Tampa Bay Rowdies of the defunct North American Soccer League used the arena for indoor soccer on several occasions including three of their sixteen home games during the 1983-84 indoor season. This would also prove to be the league's final indoor campaign before suspending operations following the 1984 outdoor season.

In 1975 and 1976 the arena hosted National Hockey League exhibition matches between the Minnesota North Stars and the Atlanta Flames. Atlanta won both matches by the scores of 3–2 and 5–2, respectively. Beginning with their inaugural season (1992–93), the Tampa Bay Lightning used the center for training camp and exhibition games for several years. On September 23, 1992, hockey history was made as Manon Rhéaume became the first woman to play in an NHL exhibition game as the Tampa Bay Lightning played against the St. Louis Blues.

The Grateful Dead performed at the arena on May 21, 1977. The show makes up half of the archival live album, Dick's Picks Volume 29.

Bon Jovi performed two back to back, sold-out shows at the arena in September 1989 as part of their New Jersey Syndicate Tour. The shows were recorded and some tracks released as B-Sides.