The Kolkata Knight Riders (also known by the acronym KKR) are a franchise cricket team representing the city of Kolkata in the Indian Premier League. The franchise is owned by Bollywood actor Shah Rukh Khan, actress Juhi Chawla and her spouse Jay Mehta. The team is currently captained by Gautam Gambhir and coached by Jacques Kallis, a former player of the team. The home of the Knight Riders is Eden Gardens, the largest cricket stadium in India and the third largest in the world by seating capacity.

Although the team has gained immense popularity due to its association with celebrity owners, it was surrounded with controversy and poor on-field performance through the first three years of the tournament. The team's performance, however, improved from the fourth season as it qualified for the IPL playoffs as well as the now defunct Champions League Twenty20. They eventually became the IPL champions for the first time in 2012, by defeating Chennai Super Kings in the final and repeated the feat in 2014, defeating Kings XI Punjab. The Knight Riders hold the record for the longest winning streak by any Indian team in T20s (14).

The leading run-scorer of the side is Gautam Gambhir, while the leading wicket-taker is Sunil Narine. The official theme of the team is Korbo, Lorbo, Jeetbo Re (we will act, fight and win!) and the official colours are purple and gold. The brand value of the Knight Riders was estimated at $86 million in 2015, the highest valuation amongst all eight teams by a margin.

In 2008, the Board of Control for Cricket in India (BCCI) created the cricket tournament Indian Premier League based on the Twenty20 form of the game. Eight teams would participate in the inaugural tournament held in April – June of the same year. The teams representing the eight different cities of India were put up on auction in Mumbai on 20 February. The team representing Kolkata was eventually bought by Bollywood superstar Shah Rukh Khan's company Red Chillies Entertainment in partnership with actress Juhi Chawla and her husband Jay Mehta for a price of $75.09 million, equal to approximately ₹2.98 billion at that time. Sourav Ganguly, the former captain of the Indian national team, a native of West Bengal (nicknamed as Bengal Tiger, Dada or Prince of Kolkata) was named the Icon Player for the team.

The name of the team is a reference to the popular 1980s American television series Knight Rider. In June 2015, they bought a stake in the Caribbean Premier League cricket team Trinidad and Tobago Red Steel and later in 2016, renamed it Trinbago Knight Riders.

Initially, when Kolkata Knight Riders were first introduced in 2008, the logo of the team consisted of a blazing golden Viking helmet against a black background with the name of the team written in gold next to it. However, the black background was changed to purple in the third season. It was in 2012 that the current logo, which has a blazing purple Corinthian helmet trimmed with gold, with Kolkata Knight Riders written within a shield was introduced.

The tagline of the team was "All the King's Men" during the first four seasons. However, in the fifth it was replaced by "New Dawn, New Knights". The team's official colours were black and gold during the first two seasons. At the time, Khan said that "golden symbolizes spirit of life and black presents the Goddess Kali." It was later changed to purple and gold during the third season and was kept so. The jersey was created by Bollywood fashion designer Manish Malhotra.

The main theme of the team Korbo, Lorbo, Jeetbo Re (we will act, fight and win!) was scored by Vishal-Shekhar duo. A Knight Riders album featuring several singers and music composers including Usha Uthup and Bappi Lahiri was also created.

The Knight Riders qualified for the Champions League Twenty20 in 2011, 2012 and 2014. The latter was the last edition of the tournament before it being permanently called off. The team was eliminated in the group stage in 2011 and 2012, but finished as runners-up in the ultimate season. The home venue of the Knight Riders is the iconic Eden Gardens (with the two ends of the crease called the High Court End and the Club House End). Owned by the Cricket Association of Bengal, it is the largest cricket stadium in India and had a seating capacity of over 90,000. In 2011, the stadium was renovated to meet the standards set by the ICC for the 2011 Cricket World Cup; reducing its capacity to around 68,000. The renovated stadium includes a new clubhouse and players' facilities, upgrading the exterior wall, cladding the existing roof structure with a new metal skin, and general infrastructure improvements. In 2013, two of the team's home matches were hosted by the JSCA International Cricket Stadium in Ranchi. 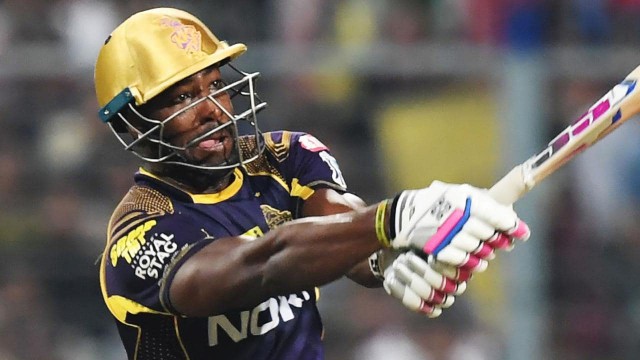