Northamptonshire County Cricket Club is one of eighteen first-class county clubs within the domestic cricket structure of England and Wales. It represents the historic county of Northamptonshire. Its limited overs team is called the Northants Steelbacks – a reference to the Northamptonshire Regiment which was formed in 1881. The name was supposedly a tribute to the soldiers' apparent indifference to the harsh discipline imposed by their officers. Founded in 1878, Northamptonshire (Northants) held minor status at first but was a prominent member of the early Minor Counties Championship during the 1890s. In 1905, the club joined the County Championship and the team was elevated to senior status as an official first-class team. Northants has been classified as a List A team since the beginning of limited overs cricket in 1963; and as a senior Twenty20 team since 2003. The County Ground is a cricket venue on Wantage Road in the Abington area of Northampton, England, UK. It is home to Northamptonshire County Cricket Club.
It is known to be a venue which favours spinners, and in the last County Championship game of 2005, Northamptonshire's two spin bowlers Jason Brown and Monty Panesar took all 20 wickets for Northamptonshire.
Northamptonshire played their first match at the ground in 1886 before competing in the Minor Counties Championship competition between 1895 and 1904, winning the title three times. They were accepted into the County Championship and played their first first-class match at the ground on 5 June 1905. Northamptonshire drew with Leicestershire in a rain-hit match that only permitted 75 overs of play.
The County Ground hosted two 1999 Cricket World Cup matches: South Africa's victory over Sri Lanka and Bangladesh's first ever World Cup victory against eventual finalists Pakistan by 62 runs.
Northampton Town F.C., also known as 'the Cobblers', played their home games for 97 years at the County Ground between 1897 and 1994. The ground only had three sides with an open side due to the size of the cricket field. 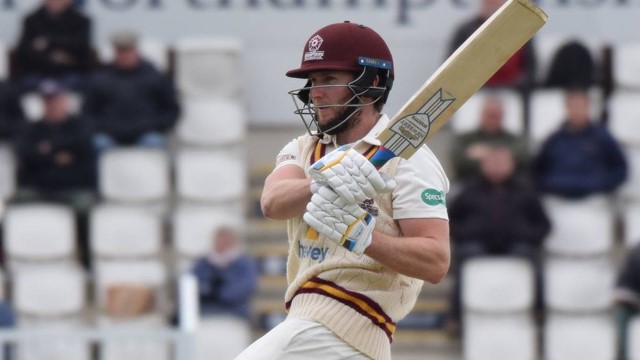