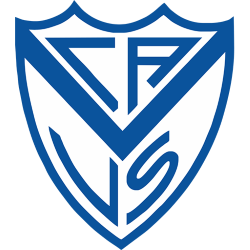 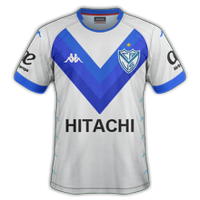 Club Atlético Vélez Sarsfield (Spanish pronunciation: ) is an Argentine sports club based in Liniers, Buenos Aires. Its football team plays in Primera División, the highest level of the Argentine league system. Founded in 1910, the club has spent most of its history in the top tier of Argentine football. The club's home ground is the 49,540-capacity José Amalfitani Stadium, where they have played since 1951.

One of the most successful clubs in Argentine football, Vélez Sarsfield had their first major success in 1968, when they won the league championship, and subsequently made regular seasons between 1970 and 1990. The club have enjoyed their greatest period of success in the past two decades, winning 15 trophies since 1993. Domestically, Vélez have won ten Primera División titles, while in continental competitions have won five international cups (including both the Copa Libertadores and the Intercontinental Cup). It is one of eight teams to have won CONMEBOL's treble.

Vélez Sarsfield's regular kit colours are white shirts and shorts, with some details in blue. The club's crest has been changed several times in attempts to re-brand the club and modernise its image. It is one of the most supported clubs in Argentina. Apart from football the club takes part in other sports such as athletics, basketball, gymnastics, handball, field hockey, martial arts, tennis, roller skating and volleyball.

The original, temporary stadium was built between 1941 and 1943 in wood, and the current facility was built in cement between 1947 and 1951. It was renovated and enlarged 26 years later in preparation for the 1978 FIFA World Cup. The stadium has a capacity of 49,540 spectators, although it does not provide seating for all of them like most Argentine stadia.

The Estadio José Amalfitani is also the national stadium for the Argentina national rugby union team (Los Pumas). Although the team plays test matches throughout the country, their highest-profile tests (such as against the New Zealand All Blacks) are usually held here. The Jaguares, a team in the Super Rugby league since 2016, plays its home games at the stadium.