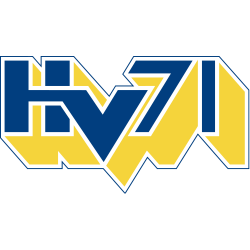 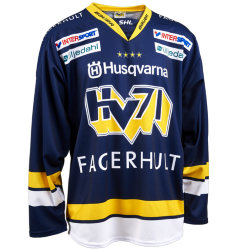 Kinnarps Arena is an ice hockey venue in Jönköping, Sweden.

The arena, which is located in the Rosenlund district of Jönköping, was built between September 1999 and September 2000. It was literally built around and on top of the old arena Rosenlundshallen while HV71 was still playing their regular season games.

To improve HV71's youth programme a training facility connected to Kinnarps Arena was built and stood ready for use in May 2001. In December 2003 the decision to expand the arena for season 2004–05 with another 1,000 seats, a restaurant, a sports bar, a café, a sky bar, new conference rooms and boxes, was made.

In the pre-season of 2007–08 HV71 invested in a new LED scoreboard, measuring 6.2 by 10.5 feet, capable of a display surpassing any LED scoreboards currently installed in Sweden. The scoreboard is a Daktronics Prostar Video 10 mm indoor display and resembles the boards used in General Motors Place and Scottrade Center in NHL, and in Palais Omnisports de Paris-Bercy in France.

Kinnarps Arena was designed by Flensborns arkitektkontor and Skanska as contractor, with Kinnarps AB financing the project. Future proprietor and owner of the arena is HV71 Fastighets AB, a subsidiary to HV71