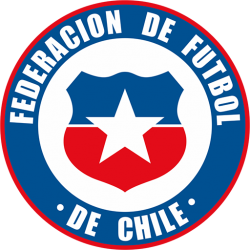 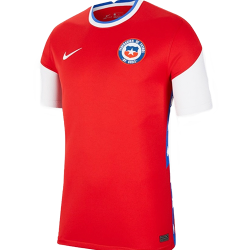 Nicknames
El equipo de todos (The team of everyone)

The Chile national football team (Spanish: Selección de fútbol de Chile) represents Chile in men's international football competitions and is controlled by the Federación de Fútbol de Chile which was established in 1895. The team is commonly referred to as La Roja ("The Red One"). They have appeared in nine World Cup tournaments and were hosts of the 1962 FIFA World Cup where they finished in third place, the highest position the country has ever achieved in the World Cup.

Chile were the reigning Copa América champions; after winning 2015 Copa América on home soil, they successfully defended their title in the United States in the Copa América Centenario in 2016. Prior to this, Chile had been runners-up in the competition on four occasions. As a result of winning the 2015 Copa América, they qualified for the 2017 FIFA Confederations Cup, where they finished second. The Estadio Nacional Julio Martínez Prádanos is the national stadium of Chile, and is located in the Ñuñoa district of Santiago. It is the largest stadium in Chile with an official capacity of 48,665. It is part of a 62 hectare sporting complex which also features tennis courts, an aquatics center, a modern gymnasium, a velodrome, a BMX circuit, and an assistant ground/warmup athletics track.

Construction began in February 1937 and the stadium was inaugurated on December 3, 1938. The architecture was based on the Olympiastadion in Berlin, Germany. The stadium was one of the venues for the FIFA World Cup in 1962, and hosted the final where Brazil defeated Czechoslovakia 3-1. It was notoriously used as a prison camp and torture facility by the military regime following the 1973 Chilean coup d'état.

In 2009, a complete modernization plan was unveiled for the stadium and surrounding facilities. President Michelle Bachelet said it would become the most modern stadium in South America.