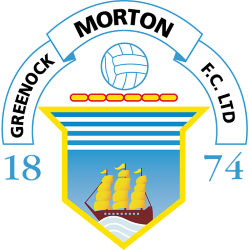 Morton won the Scottish Cup in 1922, and achieved their highest league finish in 1916–17, finishing as runners-up to champions Celtic.

In season 2014–15, Morton won their tenth league title as they won the Scottish League One on the final day.

Cappielow is a district of Greenock in Inverclyde, west central Scotland. It is home to Scottish Championship side Greenock Morton The name Cappielow, taken alone, usually refers to the Cappielow Park stadium, but it can also refer to a small area of housing or the adjoining industrial estate.