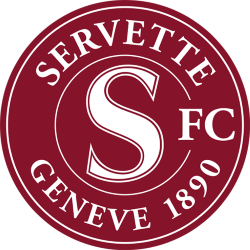 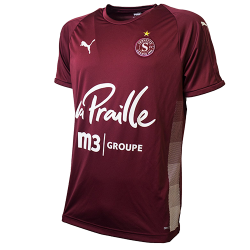 Servette FC is a Swiss football club based in Geneva. They play in the Raiffeisen Super League.

Servette is one of Switzerland's most successful clubs, winning 17 national titles, as well as 7 Swiss cups. Founded in 1890, the team has spent the majority of its history in the top flight of Swiss football, regularly contesting for the title with rivals Grasshopper Zürich.

However, after their last league title in 1998, Servette began experiencing financial problems, which led to a turbulent decade. The club was relegated to the third division in 2004–05 due to a bankruptcy, but achieved promotion to the Swiss Challenge League after the 2005–06 season, where the club remained until 2011. Servette earned promotion to the Swiss Super League after defeating Bellinzona in a relegation/promotion playoff on 31 May 2011. The club finished fourth in its first season back in the top flight, thereby gaining entrance to the Europa League second round qualification round for the 2012–13 season. However, they were relegated at the end of the 2013 season. They are back in Swiss first tier in 2019, beign promoted from a playoff against Bellinzona. Stade de Genève, also called Stade de Servette, is a stadium in Geneva. It has a capacity of 30,084.

The stadium was completed in 2003 by Zschokke Construction S.A. after nearly three years of construction. Normally the home venue of Geneva's Servette FC, a Swiss football team, the stadium hosted international friendlies between Argentina and England on November 12, 2005, which England won 3-2 and between New Zealand and Brazil on June 4, 2006, which Brazil won 4-0. The venue played host to three group-stage matches for Group A during UEFA Euro 2008.

A memorable match Turkey-Czech Republic was played in this stadium. The stadium was also used for rugby union, with a 2006-07 Heineken Cup clash between Bourgoin and Munster being moved from Bourgoin's home ground.

In the summer of 2016 the stadium was equipped with heated hydbrid turf, Mixto Hybrid Grass by Limonta Sport to cater the needs of football and rugby clubs of Servette. Installation of the new turf prevented Servette FC from playing home on the first three rounds of the 2016–17 Swiss Challenge League.