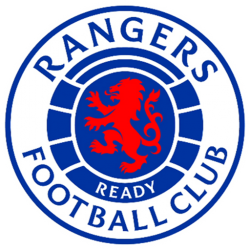 Rangers Football Club are a football club in Glasgow, Scotland, which plays in the Scottish Championship, the second tier of the Scottish Professional Football League. Their home ground, Ibrox Stadium, is in the south-west of the city.

Rangers have won more league titles and trebles than any other club in the world, winning the league title 54 times, the Scottish Cup 33 times and the Scottish League Cup 27 times, and achieving the treble of all three in the same season seven times. Rangers was the first British club to reach a UEFA tournament final and won the European Cup Winners' Cup in 1972 after being runner-up twice in 1961 and 1967. A third runners-up finish in Europe came in the 2008 UEFA Cup. Rangers have a long-standing rivalry with Celtic, the two Glasgow clubs being collectively known as the Old Firm.

Founded in 1872, Rangers are one of the ten original members of the Scottish Football League and remained in the top division continuously until the liquidation of The Rangers Football Club PLC at the end of the 2011–12 season. With a new corporate identity, the club gained admittance to the fourth tier of the Scottish game in time for the start of the following season, since when they have been promoted twice. Ibrox Stadium is a football stadium located on the south side of the River Clyde in the Ibrox district of Glasgow. The home of Rangers F.C., Ibrox is the third largest football stadium in Scotland, having an all-seated capacity of 50,987.

It was opened as Ibrox Park in 1899, but suffered a disaster in 1902 when a wooden terrace collapsed. Vast earthen terraces were built in its place, while a main stand, which is now a listed building, was built in 1928. A British record crowd of 118,567 gathered in January 1939 for a league match with Celtic. After the Ibrox disaster of 1971, the stadium was largely rebuilt. The vast bowl-shaped terracing was removed and replaced by three rectangular, all-seated stands by 1981. After renovations were completed in 1997, the ground was renamed Ibrox Stadium.

Ibrox has also hosted the Scotland national football team, particularly when the national stadium Hampden Park was redeveloped in the 1990s. Ibrox also hosted three Scottish domestic cup finals in the same period. It has also been the venue for concerts by major performers, including Frank Sinatra.