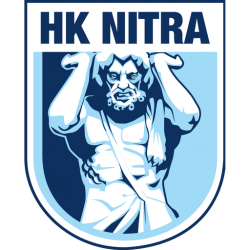 Hokejový Klub Nitra is a professional ice hockey club based in Nitra, Slovakia. The club has been a member of the Slovak Extraliga since the 2003–04 season and winner of Slovak Extraliga in the 2015–16 season.

History
The club was founded in 1931 under the name AC. Their first trophy which they won was the Tatra Cup in 1934. The club was renamed several times; from 1945 to 1976 they were named Sokol, Komunálny podnik, Spojené závody, Slavoj, Slovan, and Štart.

Nitra won its first Slovak Extraliga title in the 2015–16 season. In the quarterfinal against MsHK Žilina, Nitra swept the series 4-0. In the semifinal they played seven games to beat HKm Zvolen. The final opponent was HC '05 Banská Bystrica, whom Nitra defeated 4–2 in the series to win the league title.