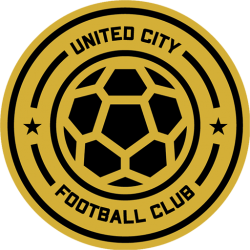 United City Football Club is a Filipino professional football club that competes in the Philippines Football League (PFL), the top-tier league in Filipino football. From 2012 to 2020, the club was known as Ceres (founded as Ceres–La Salle; renamed Ceres–Negros in 2017, when it joined the PFL) and was associated with Ceres Liner, a bus company owned by Leo Rey Yanson. Yanson was the club owner and chair during that period. As Ceres, its home venue was Panaad Stadium in Bacolod, Negros Occidental.

As Ceres–La Salle, their first major success in the United Football League (UFL) was winning the UFL Division 2 title in 2014, earning them promotion to the first division. Since then, they have won the UFL FA League Cup (2014) and the UFL Division 1 title (2015). The club also won the PFF National Men's Club Championship twice (2012–13 and 2013–14). As Ceres–Negros, they won the PFL title in three consecutive seasons: 2017 through 2019, as well as the 2019 Copa Paulino Alcantara. In 2019, they completed the domestic double without a single loss.

Due to the COVID-19 pandemic, which affected Ceres Liner operations, Yanson was forced to sell the club to Emirati-Philippine sports marketing firm MMC Sportz Asia. MMC retained most of the club's players and renamed it United City F.C.

The Panaad Stadium (also spelled as Pana-ad; also known as the Panaad Park and Stadium after the park the stadium is situated in, is a multi-purpose stadium in Barangay Mansilingan, Bacolod, Philippines. The park, which the stadium is a part of, span 25 hectares with about 60,000 eucalyptus trees.