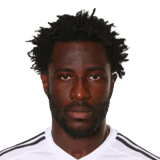 Wilfried Guemiand Bony (born 10 December 1988) is an Ivorian professional footballer who plays for Al-Ittihad and the Ivory Coast national team as a striker.

Having begun his career at Issia Wazi, Bony moved to Sparta Prague in 2007, helping them to the Czech First League title in 2009–10. In January 2011, he was signed by Dutch club Vitesse, where he was the top scorer in the Eredivisie in 2012–13, leading to a £12 million transfer to Premier League club Swansea City. Bony scored 35 goals in 70 appearances for the Swans and in January 2015, joined Manchester City in a £28 million deal. However, Bony struggled for match-time at Manchester City, and following the arrival of Pep Guardiola in mid-2016, he joined Stoke City on loan for the 2016–17 season. Bony returned to Swansea on 31 August 2017. After his loan spell with Al-Arabi, he was released by Swansea in May 2019 to leave on 30 June.

A full international since 2010, Bony was selected in the Ivory Coast squads for the 2014 FIFA World Cup and three Africa Cup of Nations tournaments, helping them to victory in the 2015 edition. 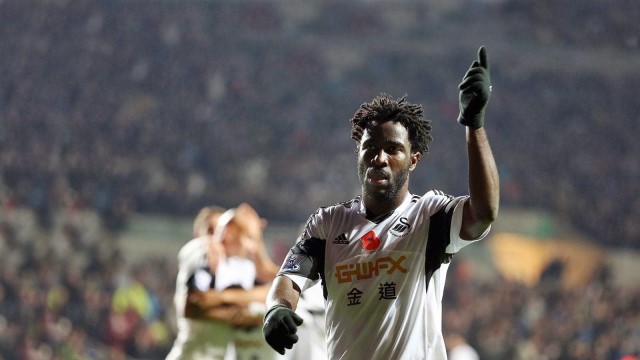