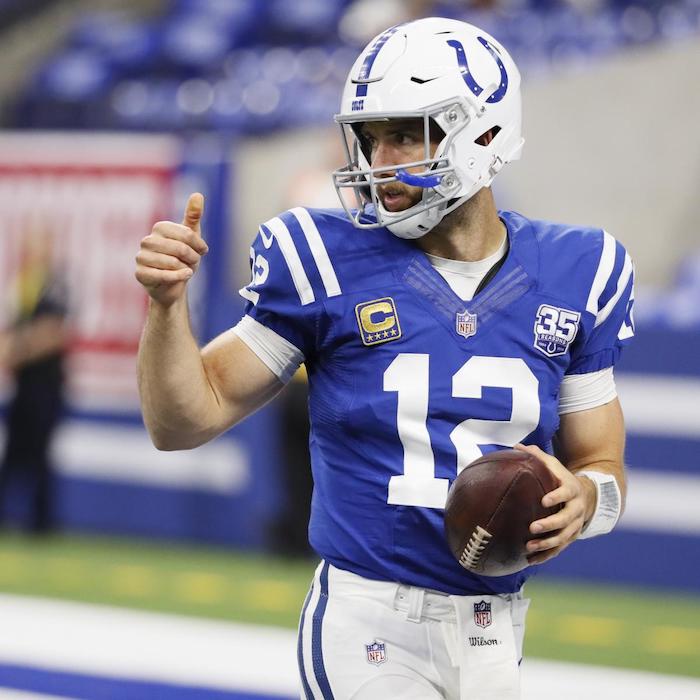 Andrew Austen Luck (born September 12, 1989) is an American football quarterback for the Indianapolis Colts of the National Football League (NFL). He played college football at Stanford, where he won the Maxwell Award and Walter Camp Award as college football's player of the year and was twice recognized as an All-American. He was the runner-up for the Heisman Trophy in both 2010 and 2011. He was named the Offensive Player of the Year in the Pac-12 Conference in both 2010 and 2011. CBS Sports draft analyst Rob Rang called Luck the best prospect he had ever scouted, while the Kansas City Star put him in line with LeBron James and Bryce Harper as "the most hyped amateurs in recent sports memory."

Although widely projected as the first overall selection in the 2011 NFL Draft, Luck decided to return to Stanford for his redshirt junior season. A year later, he was selected first overall in the 2012 NFL Draft. In his first three professional seasons, Luck led the Colts to three playoff appearances including two AFC South division titles in 2013 and 2014, also earning a Pro Bowl selection in each season. In the 2013–14 NFL playoffs, he led the Colts to the second largest playoff comeback in NFL history. During the 2016 season, Luck suffered an injury to his throwing shoulder but continued to play. That offseason he got surgery on the shoulder, forcing him to miss the entire 2017 season. The next year he returned to playing, finishing second in the league in touchdown passes and setting career-highs in several categories, as well as leading the Colts to 10 wins and their first playoff appearance since 2014. For his play he was named to the fourth Pro Bowl of his career and was named the Comeback Player of the Year. Primarily known for his passing, Luck has also established himself as a mobile threat.