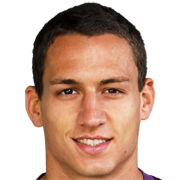 Georg Margreitter (born 7 November 1988) is an Austrian professional footballer who plays as a central defender for German Bundesliga side 1. FC Nürnberg.

Early career
In Summer 2008 he was loaned out to the newly formed Magna Wiener Neustadt. Margreitter established himself as a regular member of their central defence as the club won the Austrian Football First League (second tier).

He returned to LASK for the 2009–10 season and was made captain. In Summer 2010 he moved to fellow top flight side Austria Vienna, where he signed a contract until 2013. Here, he played European football with the team in the UEFA Europa League.

Wolverhampton Wanderers
On 24 August 2012, Margreitter joined English side Wolverhampton Wanderers signing a four-year contract for an undisclosed fee, reported to be around £500,000. He made his club debut on 30 August 2012 in a 3–1 League Cup win at Northampton. Much of his season was however affected by injury problems, as well as the departure of Ståle Solbakken as manager, while subsequent managers did not select Margreitter. His sole league appearance for the club during the 2012–13 campaign was a ten-minute spell as a substitute in a match at Ipswich. His third and what turned out to be final appearance for the club came in a 6-0 defeat to Chelsea in the League Cup. The season saw the club relegated for a consecutive season, prompting to Margreitter to blog that there had been a "lack of hunger" among the players to win matches.

Out of the plans of new Wolves manager Kenny Jackett, Margreitter was sent on a season-long loan to Copenhagen in September 2013, where he reunited with his former Wolves manager Ståle Solbakken and played in the Champions League.

After returning to Wolves he was loaned out again, joining English League One side Chesterfield in September 2014 in a three-month deal, making 14 appearances in total, scoring once against Notts County.

On 4 August 2015, Wolves announced that Margreitter and the club had reached an agreement to cancel his contract, which had one year left to run. On 24 August he signed a deal with German Bundesliga side 1. FC Nürnberg.