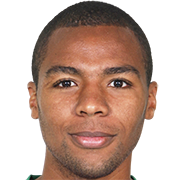 Wilson Bruno Naval da Costa Eduardo (born 8 July 1990) is a Portuguese footballer who plays for S.C. Braga as a forward.

He was formed at Sporting, but spent most of his time out on loan. In 2015, he joined Braga.

Club career
Sporting
Eduardo was born in Pedras Rubras, Maia. After starting his football grooming with local FC Porto he finished it at Sporting Clube de Portugal, joining the latter's youth system at the age of 14. In 2009–10 he made his senior debuts, splitting the season between Real SC (third division) and Portimonense SC (second) and being a relatively important part as the Algarve side returned to the Primeira Liga after a 20-year absence.

In the 2010–11 campaign, still on loan, Eduardo joined S.C. Beira-Mar, also freshly promoted from the second level. He made his competition debut on 15 August 2010, coming from the bench in a 0–0 home draw against U.D. Leiria; two weeks later, as the Aveiro team defeated Académica de Coimbra 2–1 (also at home), he scored his first goal in the top flight.

Eduardo was again loaned by Sporting for 2012–13, to Académica. On 8 November 2012 he netted twice – one of his goals coming through a second-half penalty – in a 2–0 home win against Atlético Madrid for the group stage of the UEFA Europa League.

Eduardo finally made his Sporting debut on 18 August 2013 in the first game of the new season, starting and scoring in a 5–1 home win over F.C. Arouca. On 6 April 2014 he dropped into the reserves who competed in division two, netting the decider in a 2–1 success at C.D. Feirense.

Eduardo moved abroad for the first time on 20 July, being loaned to Croatian First Football League champions GNK Dinamo Zagreb, and made 17 overall appearances for the capital team, scoring in a 2–0 win over NK Istra 1961 on 13 September. On 30 January 2015, he switched to assist ADO Den Haag for the remainder of the Eredivisie campaign.

Braga
Eduardo ended his 11-year association with Sporting on 31 August 2015, moving to Paulo Fonseca's S.C. Braga. He made his debut 17 days later in a Europa League group match away to FC Slovan Liberec, replacing Crislan for the final 28 minutes of a 1–0 win, and contributed two goals in ten games as they reached the quarter-finals as well as one in three in a victorious run in the Taça de Portugal; his only league goal of the season for the Minhotos came on 10 January 2016 to open a 2–3 loss on his return to the Estádio José Alvalade.

International career
All youth levels comprised, Eduardo earned 61 caps for Portugal and scored 26 goals. In 2013, he rejected to play for the Angola senior team.

Personal life
Eduardo's younger brother, João Mário, is also a footballer. A midfielder, he too graduated from Sporting's youth academy.