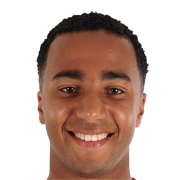 Nicholas David Maynard (born 11 December 1986) is an English professional footballer who plays as a striker for Mansfield Town.
Born in Winsford, Cheshire, Maynard spent a year as a schoolboy with Arsenal.

Crewe Alexandra
He then joined Crewe Alexandra's academy, famous for producing players such as Danny Murphy, Rob Hulse and Dean Ashton, at the age of seven. He then represented Crewe at every age group level and scored 27 goals in one season at Under–18s level. As a reward for his form in the youth team, Maynard was offered his first professional contract of his career in the summer of 2005.

During the 2005–06 season, Maynard was loaned out to Witton Albion in January 2006. Maynard made a big impression at the non-league side, helping them to their most successful run of the season in the Northern Premier League. After returning to Crewe, Maynard continued to show fine form in the reserves side; before the end of the season, he made his Crewe début as a substitute for Michael Higdon in a 4–2 win over Millwall. He scored with his first touch in professional football, in front of scouts representing 20 different clubs, after Michael O'Connor's shot hit the post; Eddie Johnson, Luke Varney and Steve Jones scored the other Crewe goals.

With players such as Steve Jones leaving relegated Crewe (for Championship side Burnley), it seemed likely that Maynard would become a regular starter for Crewe during the 2006–07 season, However, new signings such as Ryan Lowe and the return of former player Rodney Jack gave Maynard competition for a place in the first eleven. Maynard performed well in his second year of professional football, forming a productive goal-scoring partnership with Varney, with a total of 33 League One goals between them. During his first full season, Maynard also picked up the "Player of the Month" award for September.

With Luke Varney a £2m transfer to Charlton Athletic, Maynard was seen as Crewe's most likely goalscoring threat for the 2007-2008 season. But his second full season was brought to a standstill for four months after he suffered a bone fracture of his fibula and also damaged his ankle ligaments during the club's season opener against Brighton and Hove Albion. In an interview with FourFourTwo magazine, Maynard admitted that he had "broke down a few times" during his four months of rehabilitation, although he would later recover and return to fitness. He was a non-used substitute in an away match against Nottingham Forest before playing the second 45 minutes of the FA cup tie versus Oldham Athletic in December.

Maynard initially struggled to score upon his return to the first team, with only two goals scored in his first two months back from injury. But in February and March, the young striker showed his potential by scoring in seven consecutive games, including a first senior level hat-trick, against relegation rivals Cheltenham Town. "I've scored a couple of doubles before" he said in an interview in 2008, "so I thought it was a long time coming. I got all the lads to sign the match ball for me." Crewe managed to avoid relegation for the second time in three seasons at the expense of Bournemouth, despite losing 4–1 to Oldham on the last day of the season.

Bristol City
On 31 July 2008, Maynard signed a four-year contract with Bristol City for a fee of £2.25m, becoming their record signing. He played his first game for his new club on 1 August against Royal Antwerp at Ashton Gate Stadium, where he scored two goals in the first half before completing his hat-trick early in the second half. However, the first half of his season at City was difficult and despite scoring 3 games into his Bristol City career, against Derby County he failed to hold down a regular first team place, often appearing as a substitute. However, just before Christmas he started scoring, with goals against Watford (twice) and Wolverhampton Wanderers, starting a Bristol City unbeaten run of eight games, before being beaten 1–0 by Doncaster Rovers.

Maynard made an explosive start to his second full campaign with City, scoring six times in his first seven games. He helped his side to three consecutive 1–0 victories, against Crystal Palace, Queens Park Rangers and away at Brentford in the Football League Cup. He also scored twice in a defeat of Middlesbrough. Maynard's sixth goal of the season came on 12 September away at Coventry City; after the ball was chested down by new signing and strike partner Álvaro Saborío, Maynard struck an unstoppable 25-yard half-volley in off the crossbar past Coventry keeper Keiren Westwood. However, Maynard bettered this goal on Boxing day against QPR at Loftus Road; facing away from goal just outside the box, he collected a bouncing ball in the air, controlled it with one touch, turned two defenders with a second touch, and then smashed a stunning volley into the top corner past an unmoved Radek Cerny, all without the ball hitting the ground. The goal was voted the 'Football League goal of 2009', out of five selected goals from 2009.

Following a pre-season knee injury, his first appearance in the 2010–11 season was as a substitute against Leeds United on 12 February 2011. He then started and scored in each of the next three games as City went on a winning run to pull themselves away from the relegation zone. On 23 April 2011 Maynard received the first red card of his career in a 3–2 defeat at Sheffield United.

Maynard was put up for sale in the January 2012 transfer market after failing to negotiate a new contract at Ashton Gate.

West Ham United
On 31 January 2012, Maynard signed for Football League Championship club West Ham United for an undisclosed fee on a two-and-a-half year deal with an option for an extra year. Maynard made his West Ham debut on 14 February 2012 in a 1–1 home draw with Southampton coming on as a 65th minute substitute for Carlton Cole. On 21 February 2012, Maynard netted his first goal for the Hammers in a 4–1 win at Blackpool (Ricardo Vaz Tê and Gary O'Neil also scored their first professional goals for the club). He scored his second goal for West Ham on 6 April in a 4–0 win at Barnsley. He also scored in the play-off semi-final second leg against Cardiff City on 7 May, giving West Ham a 3–0 lead at the time to add to their 2–0 lead from the first leg, putting them through to the final at Wembley. Maynard's final game for West Ham came on 28 August 2012 in the League Cup against former club Crewe Alexandra, when he scored the first goal in a 2–0 win. He played 17 games in all competitions, scoring four goals.

Cardiff City
On 31 August 2012, Maynard signed a three-year contract with Cardiff City for an undisclosed transfer fee, reported to be £2.75m. His debut came on 2 September, against Wolverhampton Wanderers in a 3–1 win. Just two games later, Maynard was ruled out for the season with a torn anterior cruciate ligament. Malky Mackay confirmed on 15 January 2013 that Maynard would not play for Cardiff again in the 2012–13 season.

Maynard completed a faster-than-expected recovery on 4 May 2013, coming on as a late substitution for the Bluebirds against Hull City on the final day of the regular Championship season. Maynard scored his first Cardiff City goal from the penalty spot amid a frantic finish which saw both sides promoted to the Premier League. The following season Maynard scored his second goal for the club in a 2–0 League Cup win at Accrington Stanley.

On 16 January 2014, Maynard joined Wigan Athletic on loan until the end of season. He scored his first goals for Wigan when he struck twice in a 3–0 win against Sheffield Wednesday on 11 February 2014. He left Cardiff City upon the expiry of his contract at the end of the 2014–15 season.

On 12 May 2016, Maynard was released from Milton Keynes Dons after declining a new contract offered by the club. Maynard had scored 6 goals in 35 league appearances for the club, leaving as top scorer for the season.

On 2 July 2016, Maynard re-signed for the club on a new one-year deal. Upon re-signing, Maynard said "I'm pleased to be back. I enjoyed my time here last season and I got to know the players and staff well. I wanted to be somewhere where I felt wanted and having spoken to the gaffer quite a bit over the summer, he let me know how much he wanted me here."

On 2 May 2017, following a disappointing season, Milton Keynes Dons announced that Maynard was one of three players set to leave the club at the end of their current contracts.

Aberdeen
Maynard signed a one-year contract with Scottish Premiership club Aberdeen in July 2017. He was signed by Aberdeen manager Derek McInnes, who had also been his manager at Bristol City.

International career
In May 2011, it was reported that Guyana had approached Maynard for a possible call-up to the senior side, whom he qualifies for through his grandparents.