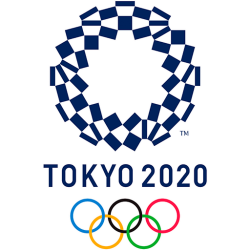 Field hockey, was introduced at the Olympic Games as a men's competition at the 1908 Games in London, with six teams, including four from the United Kingdom of Great Britain and Ireland.

Field hockey was removed from the Summer Olympic Games at the 1924 Paris Games because of the lack of an international sporting structure. The International Hockey Federation (FIH, Fédération Internationale de Hockey) was founded in Paris that year as a response to field hockey's omission. Men's field hockey became a permanent feature at the next Olympic Games, the 1928 Games in Amsterdam.

Since 1968, various teams from around the world have seen gold-medal success at the Olympics. Since 1968, several countries in the Southern Hemisphere have won various medals in men's and women's field hockey, including Australia, New Zealand, Argentina, and Zimbabwe. A leading group of teams from the Northern Hemisphere has come from the Netherlands and from Germany.

Spain has appeared in the most Olympic men's competitions without winning the men's gold medal, having won silver three times in 1980, 1996, 2008 and bronze once in 1960. Australia had competed in 11 Olympics without winning gold before breaking their streak in 2004.

Until the 1988 Olympics the tournament was invitational but FIH introduced a qualification system since the 1992 games. India is the leading team in overall medal tally with 11 medals (8 gold, 1 silver and 2 bronze). India also lead in most number of gold medals.